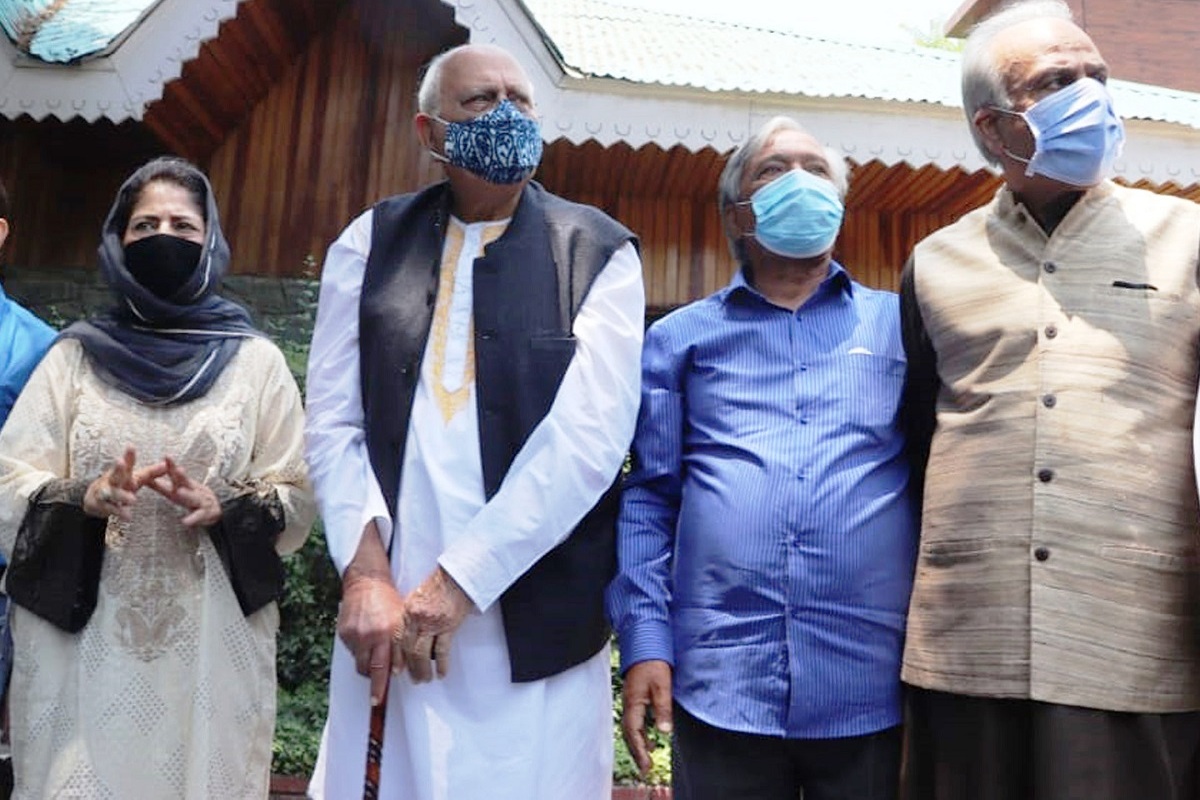 In the “absence” of any agenda given out by the centre for the 24 June meeting of Prime Minister Narendra Modi with mainstream leaders of J&K, the Peoples’ Alliance for Gupkar Declaration (PAGD) on Tuesday said they will not compromise on the issue of restoration of the Articles 370 and 35A. They will also demand the release of all political prisoners.

PAGD chairman Dr Farooq Abdullah told media persons after their meeting at his Srinagar residence that the PDP chief Mehbooba Mufti and leaders of other constituents of the group, who have been invited for the PM’s meet in their individual capacity, will participate in the meeting.

PAGD leaders, including Mehbooba Mufti and CPI(M) leader Mohammad Yousuf Tarigami, assembled at Abdullah’s residence to discuss the PM’s invite. They persuaded Mehbooba to go to New Delhi to attend the meeting as she has been invited in her personal capacity and not as a constituent of the PAGD.

“Mehbooba ji, Tarigami sahib and I will attend the all-party meeting called by the PM. We hope to keep our agenda before PM and Home Minister,” Abdullah said.

Abdullah said the alliance was confident it would be able to put its stand before the prime minister and Union Home Minister Amit Shah during the meeting.

The meeting is the first such exercise since the Centre abrogated Jammu and Kashmir”s special status under Article 370 of the Constitution and its bifurcation into two union territories on 5 August 2019. Fourteen leaders from Jammu and Kashmir have been invited to the meeting to be chaired by the prime minister to discuss the future course of action for the union territory.

Mehbooba said that as the first step towards confidence building, the centre should release all political detainees who were jailed on 5 August 2019. In case they are unable to release any particular detainee then such person should be shifted to the jail in Kashmir from elsewhere in the country.

Mehbooba told media persons that Prime Minister Modi should also hold dialogue with Pakistan for a resolution to the Kashmir conflict so as to bring peace in the region.

Referring to reports of a recent visit of Indian officials to Doha to speak to the Taliban’s political leadership, Mehbooba said “If they can go to Doha and talk to the Taliban, they should have a dialogue with us and with Pakistan too in order to bring about a resolution.”

“We will not ask for the moon, but will seek what has been ours and should be restored to us. As we have no information on the agenda of the meeting called by the PM, we will reiterate the stand of the PAGD before the highest leadership,” Tarigami, who is the spokesman of the PAGD said.

The CPI(M) leader said the meeting with the prime minister was an opportunity and assured the people of Jammu and Kashmir, and Ladakh that they were going to Delhi to “advocate on their behalf”. “We will advocate in that court on the behalf of the people of Jammu, Kashmir and Ladakh. We will appeal to the PM of India about safeguarding the guarantees under the Constitution, which we have been given before, and to reconsider them,” he said, apparently referring to the erstwhile state’s special status.

Tarigami said there should be no misconception among the people that the PAGD leaders were going to sign on to the agenda set by the Centre.