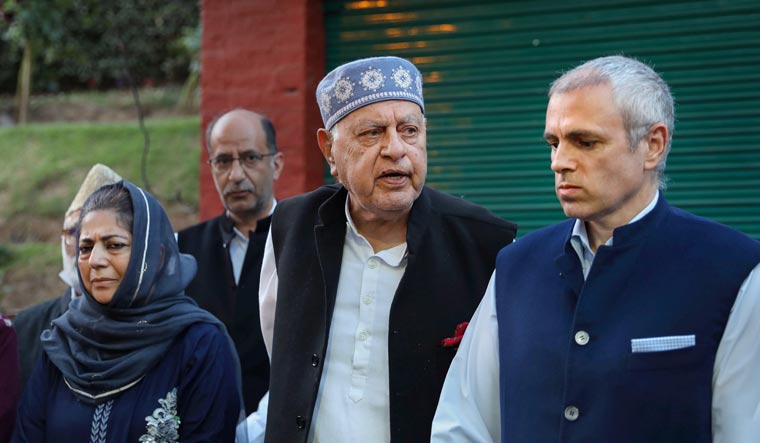 The People’s Alliance for Gupkar Declaration (PAGD), a five-party alliance that seeks the restoration of Article 370 and statehood to Jammu and Kashmir, on Tuesday decided to attend the meeting called by Prime Minister Narendra Modi on Jammu and Kashmir on June 24 in New Delhi.

The PAGD is led by NC president and MP Farooq Abdullah and the PDP president and former chief minister, Mehbooba Mufti, is the vice president of the alliance, while the CPI(M) leader, M.Y. Tarigami is the spokesman.

The other members of the alliance are Awami National Conference and J&K People’s Movement.

The decision to attend the meeting in New Delhi was taken after discussion at Abdullah’s residence at Gupkar Road on Tuesday.

Earlier, the NC and the PDP had authorised the party presidents to decide whether to accept the invitation to the crucial meeting in the Union capital.

The meeting is the first major political initiative by the Centre to end the political impasse in Jammu and Kashmir after the revocation of Article 370 and demotion of the state to a Union territory (UT) on August 5, 2019.

The development has created a political vacuum that the Centre has struggled to address despite holding the first-ever District Development Council (DDC) elections last year.

He said the leaders can talk on any and every issue in the meeting as there is no fixed agenda for the meeting.

Hinting at demands for restoration of Article 370, Tarigami said they will represent the people’s aspirations. “We will seek what is ours and what will remain ours,’’ he said.

He said they will seek whatever is possible within the Indian Constitution.

Mehbooba said she will demand the release of all political prisoners. She said there was a suggestion that only Abdullah would attend the meet and represent the PAGD but now there is a consensus that all those who have been invited will go. She said they are not against dialogue and her late father Mufti Muhammad Sayeed had always stressed dialogue for resolution of issues.

ANC leader Muzaffar Shah said there will be compromise on the demand to restore Article 370.