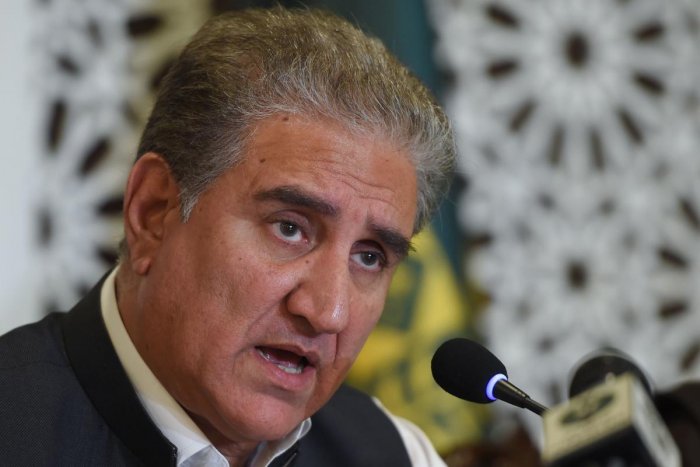 ISLAMABAD: In an ‘open challenge’, Foreign Minister Shah Mahmood Qureshi on Tuesday asked the government of India to hold a poll among the Kashmiris world over and get their opinion on the unilateral revocation of the special status of Jammu and Kashmir.

“If Kashmiris around the world reject these unilateral measures as a result of this referendum, India will have to reconsider its decision,” the foreign minister said in his comments made at a private television channel.

Qureshi said the Kashmiris, in any part of the world, were united against India’s illegal step taken on August 5, 2019.

He said India’s announcement to convene an all-party conference on June 24 indicated that ‘everything was not alright’.

On Afghanistan, the foreign minister said Pakistan as a neighbour wanted peace and stability.

He said it could be a matter of concern if the talks with Taliban remained stalled even after sixty percent of the withdrawal of foreign troops from Afghanistan.

“Pakistan is ready for a partnership of peace and will not become part of any conflict,” he said.

Qureshi said Pakistan would continue to play every possible role in advancing the Afghan reconciliation process.

In this regard, he said, Pakistan was ready to discuss all issues including reconstruction of Afghanistan and dignified repatriation of Afghan refugees back to their homeland.

On economic situation of the country, he said, the government took several steps including prioritizing economic growth and job creation.

He mentioned that businessmen, investors, industrialists and farmers also expressed their satisfaction over the budget, calling it a ray of hope for national economy.

The foreign minister said the incapability of Pakistan Muslim League-Nawaz government landed the country into the grey-listing by Financial Action Task Force.

He said the world was recognizing the steps taken by the government of Pakistan Tehreek-e-Insaf to curb money laundering and terror-financing – the areas totally ignored by the previous governments.

Qureshi said Pakistan had implemented 27 points raised by FATF and there was no justification to keep it into the grey list.