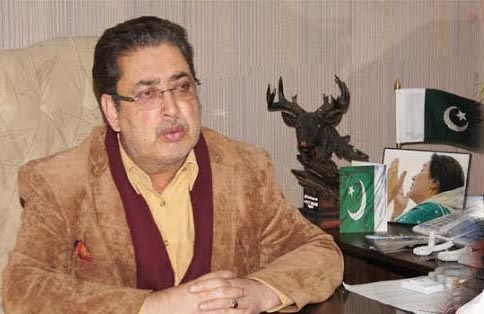 On the occasion of Shaheed Benazir Bhutto’s birthday, former Chief Minister Syed Mehdi Shah said that the condition of roads in Skardu was dilapidated.

“The road from Radio Pakistan to Mesha Brom Hotel has not been paved for two years. Our elected representatives are helpless in front of the bureaucrats; they cannot complete the road work by putting pressure on them. They should Instruct bureaucrats to complete the work so that the problems of tourists and citizens of Skardu can be solved,” he said.

He further said that nowadays the Minister of Construction is busy harassing the minor employees unnecessarily when he should be focusing on construction projects.

If these ministers had sympathy with the people here, they would have started work on some of the announcements made before the elections on an emergency basis. If they love Gilgit-Baltistan so much, then they must come here in winter.

He further said that the people’s sympathetic party is only PPP. From Bhutto to Bilawal Bhutto, the party chairman came to Gilgit-Baltistan in every era and whatever mega projects or rights have been given to Gilgit-Baltistan so far, they are with the efforts of Pakistan People’s Party. He further said that we are not in power at the moment but we will play the role of opposition well. We will not accept the forest law made in Gilgit-Baltistan during the PML-N and the present era. He added that If the government works for welfare, we will definitely appreciate it.