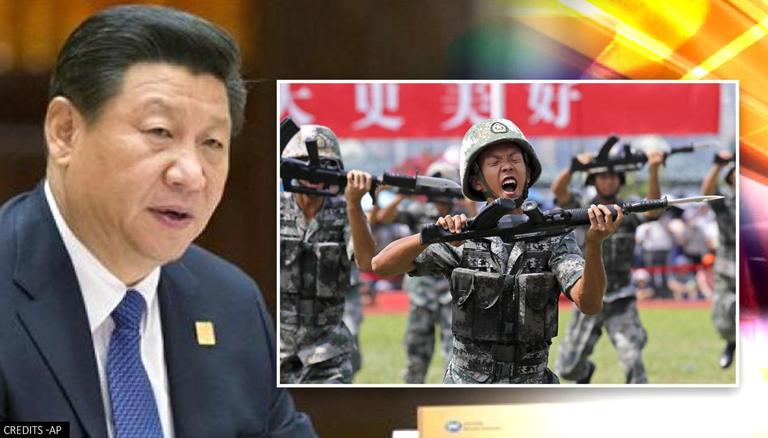 After military tensions with India last year, the Chinese military realized that its soldiers were unable to stand up to Ladakhi or Tibetan soldiers joining the Indian Army. Soldiers from far-off places of China are finding it very difficult to live and work in the high areas of Ladakh and Tibet.

The ongoing border dispute with India since May 2020, the bloody skirmish in Galwan and the Indian Army’s capture of the Kailash range in eastern Ladakh in the first week of September have forced the Chinese army to change its thinking. 70 years after the occupation of Tibet, now the Chinese are recruiting Tibetans into their army.

The Tibetans who are recruited in the Special Tibetan Army Unit (STAU) (a new unit recently raised purely of troops from Tibetan ethnicity by PLA) are taken to Tibetan Monks after completion of their training for their blessings.

Previously there was no such practice of taking Tibetan recruits to Tibetan Monks for their blessings. This is likely a new strategy of PLA to get some religious mileage from the newly recruited Tibetans in STAU.

PLA has raised a new set of Militias in the Chumbi valley under Yatung Country in TAR. The said Militia is known as ‘Mimang Cheton’ (MC), which probably means “for the Public” in the Tibetan language.

The MC consists of local Tibetan youths who are imparted training by the PLA. It is learnt that two batches of MC with around 100 youths in one batch have already completed their training and currently deployed at various locations in Chumbi valley viz Yutung, Cheema, Rinchengang, PB Thang and Phari.

The second batch of MC is currently undergoing training at their training facility at Phari. The MC is raised with the aim of being deployed mostly in the local bordering areas to exploit their knowledge of the local terrain, language, demography and weather conditions. Currently, MC personnel have neither uniform nor ranks.

Camps for Tibetan youth this year

The Chinese army has organized many recruitment rallies in the areas near the LAC of Tibet, India. In September last year, the Special Frontier Force of the Indian Army formed from Tibetan youth was among the soldiers who snatched important peaks from the hands of Chinese soldiers.