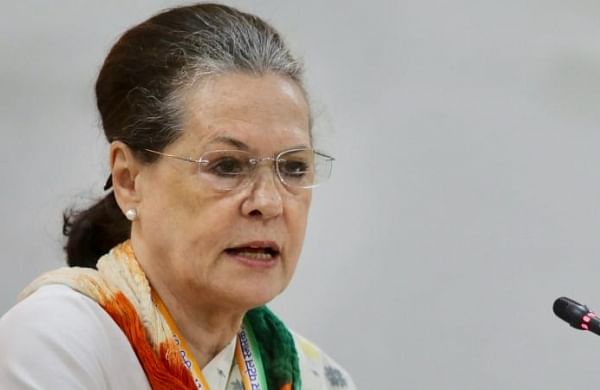 JAMMU: The Congress will attend the all-party meeting convened by Prime Minister Narendra Modi in New Delhi on Thursday, its Jammu and Kashmir unit spokesperson Ravinder Sharma said on Tuesday.

The decision was taken at a meeting chaired by Congress president Sonia Gandhi, he said.

Congress’ declaration come safter the People’s Alliance for Gupkar Declaration (PAGD) said it will attend the all-party meetingon Thursday, as per a statement by alliance chairperson Farooq Abdullah.

The PAGD chairperson said the alliance was confident that it would be able to put its stand before the Prime Minister and the Union Home Minister during the meeting at New Delhi.

Asked what would be the stand of the alliance, Abdullah said, “You all know our stand and there is no need to repeat it.”

“Whatever our stand was, is still there and will be there,” he added.

The PAGD is a six-party alliance of mainstream parties which came into existence after the Centre revoked the special status of Jammu and Kashmir under Article 370.

Abdullah said all those invited will attend the meeting.

“(PDP chief) Mehbooba ji, me, (CPI-M leader) Tarigami sahab and all those who have been invited from us (the alliance), will go,” he said.

As the invitation is to individual leaders of various parties “they all will go and all will speak there”, the NC leader added.

Asked about the agenda of the meeting, Abdullah said “no agenda has been pitched from their side (the Centre)”.

The alliance’s vice-chairperson and PDP president Mehbooba Mufti reiterated her party’s stand and said that she would press for the restoration of the special status of Jammu and Kashmir along with statehood.

Talking to reporters, PAGD spokesman and CPI(M) leader M Y Tarigami also hinted at seeking the restoration of the special status of the erstwhile state of Jammu and Kashmir during the meeting with the prime minister.

“We will not ask for the stars, but will seek what has been ours and should be ours only. As we have no information on the agenda of the meeting called by the PM, we will reiterate the stand of the PAGD there, before the highest leadership,” he said.

The CPI(M) leader said the meeting with the prime minister was an opportunity and assured the people of Jammu and Kashmir, and Ladakh that the leaders were going to Delhi to “advocate on their behalf”.

“We will advocate in that court on the behalf of the people of Jammu, Kashmir and Ladakh. We will appeal to the PM of India about safeguarding the guarantees under the Constitution, which we have been given before, and to reconsider them,” he said, apparently referring to the erstwhile state’s special status.

Tarigami said there should be no misconception among the people that the alliance leaders were going to sign on to the agenda set by the Centre.

“No, we are not. We are going to see what proposal the PM of India has. If it is in our interest, the interest of the people of Jammu, Kashmir and Ladakh, then we will say yes and if otherwise, there is going to be a big no,” he said.

Another PAGD member and Awami National Conference (ANC) senior vice president Muzaffar Shah said, “There can be no compromise on Article 370 and Article 35A,” which were revoked by the Centre on August 5, 2019.

Shah is not among the invitees to the meeting.

According to officials, the prime minister’s scheduled meeting with leaders from Jammu and Kashmir is part of the Centre’s initiatives to bolster political processes, including holding assembly elections, in the union territory.