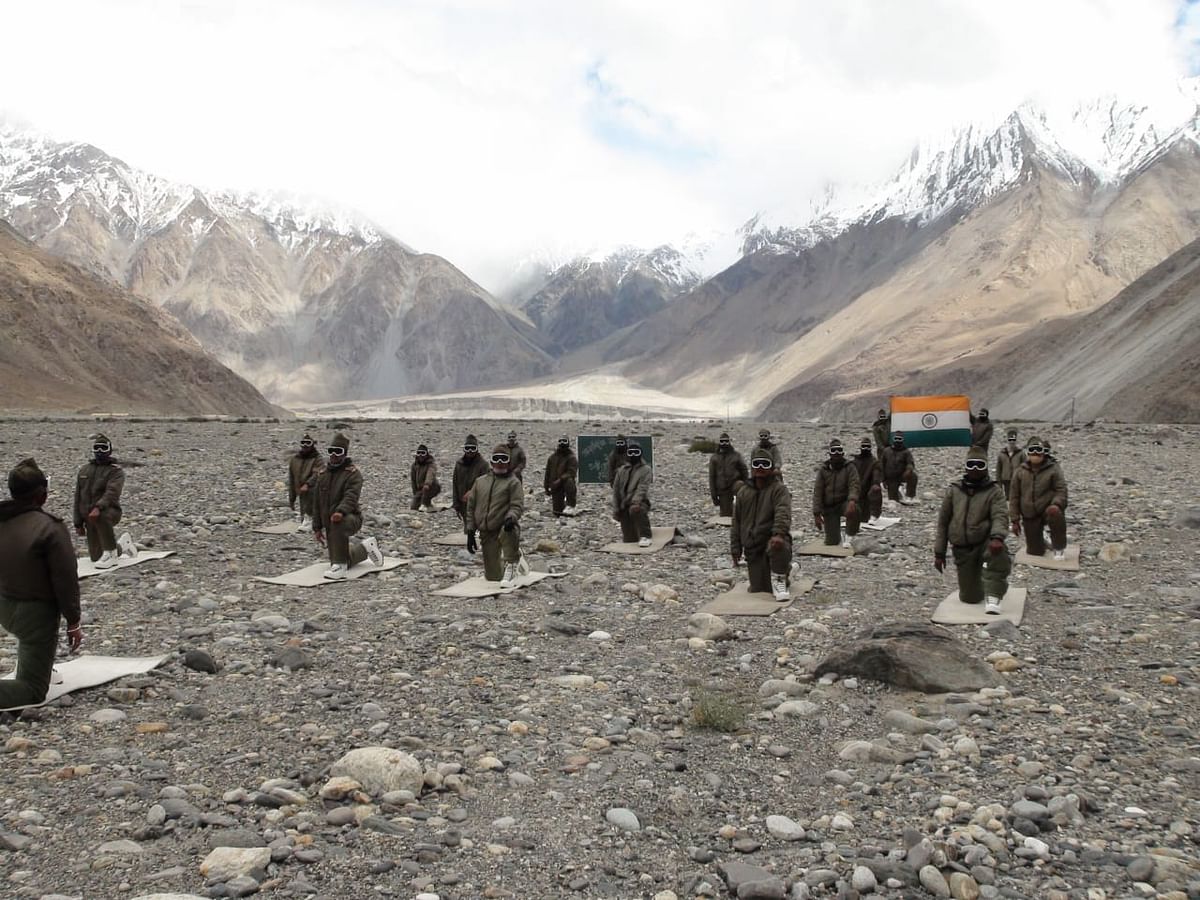 Indian security personnel, who deployed all around the country, performed Yoga on the occasion of 7th International Day of Yoga on Monday, 21 June.

One of the most remote and challenging outposts are located in high-altitude border areas of Ladakh. Here, Indo-Tibetan Border Police (ITBP) personnel performed Yoga at different altitudes, ranging from 13,000 feet to 18,000 feet.

At 18,000 feet, ITBP personnel, also called ‘Himveers’, performed Yoga amidst snowfall. An ITBP officer was seen doing Surya Namaskar at this high altitude, in sub-zero temperatures, with bare minimum clothes on him.

The soldiers also did Yoga on the banks of Ladakh’s Pangong Tso lake at 14,000 feet. At the Thiksay Monastery near Leh, they were joined by young Buddhist monks to celebrate Yoga day.