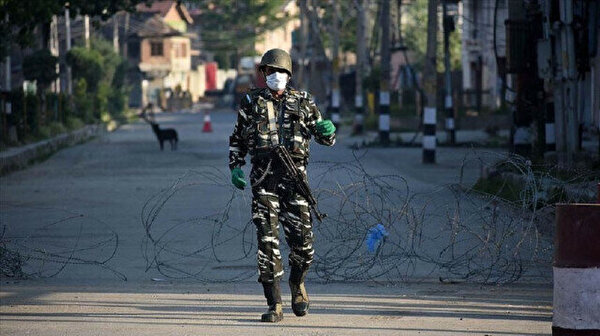 A top commander of the Lashkar-e-Taiba militant outfit and two other militants were killed in an overnight operation in the Sopore area of Indian-administered Kashmir, police said Monday.

While police said Pandit and another militant were locals, the third militant was identified as Asrar, alias Abdullah, a resident of Pakistan who had been active in Kashmir since 2018.

On Jun 12, two civilians and as many police officers were killed when suspected militants attacked a police team in the area. Police had blamed Lashkar-e-Taiba for the attack, but the militant outfit issued no statements.

A video that went viral on social media on the day of the killing showed women in the neighborhood blaming the police for killing civilians. The women were also shouting anti-police and pro-freedom slogans. A report on The Quint cited a video accessed by the news portal in which a middle-aged man claims he saw police get out of their vehicle and fire at civilians.

On March 30, suspected militants opened fire on a group of councilors at a municipal office in Sopore. Two councilors from India’s ruling Bharatiya Janata Party (BJP) and a police officer were killed in the attack, which police said was carried out by Lashkar-e-Taiba militants.

Kashmir, a Muslim-majority Himalayan region, is held by India and Pakistan in parts and claimed by both in full. A small sliver of Kashmir is also held by China.

Since they were partitioned in 1947, India and Pakistan have fought three wars – in 1948, 1965 and 1971 – two of them over Kashmir. Also, in the Siachen Glacier region of northern Kashmir, Indian and Pakistani troops have fought intermittently since 1984. A cease-fire took effect in 2003.

Some Kashmiri groups in Jammu and Kashmir have been fighting against Indian rule for independence or for unification with neighboring Pakistan.

According to several human rights organizations, thousands have reportedly been killed in the conflict since 1989.