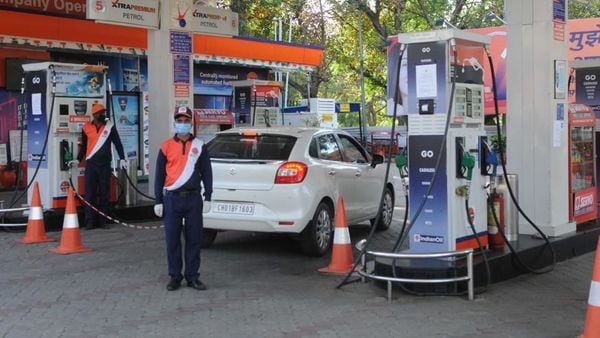 Petrol and diesel prices today have been hiked for the first time this week. Oil companies have hiked the price of these fuel by 28 paise and 29 paise per litre respectively.

This is the 28th fuel price hike in 50 days since oil companies began revising the price upwards from May 4. Since then, price of both petrol and diesel has gone up by more than ₹7 per litre across the country.

Petrol price in Patna is now closing in towards the Rs-100-per-litre mark. On Tuesday, Patna saw the price of a litre of petrol go up to ₹99.55, while diesel price is at ₹93.56 per litre.

In Chennai, petrol will now cost ₹98.65 per litre and diesel price has been increased to ₹92.83 per litre. In Kolkata, fuel prices are one of the lowest among the metros. Petrol price in Kolkata today has gone up to ₹97.38 per litre, while diesel will cost ₹91.08 per litre.

Petrol remains costliest in Sri Ganganagar, Rajasthan, where it can be bought for ₹108.67 per litre. Diesel too costs the most here, priced at ₹101.4. Sri Ganganagar is the only place in India where prices of both fuel have crossed the three-figure mark.