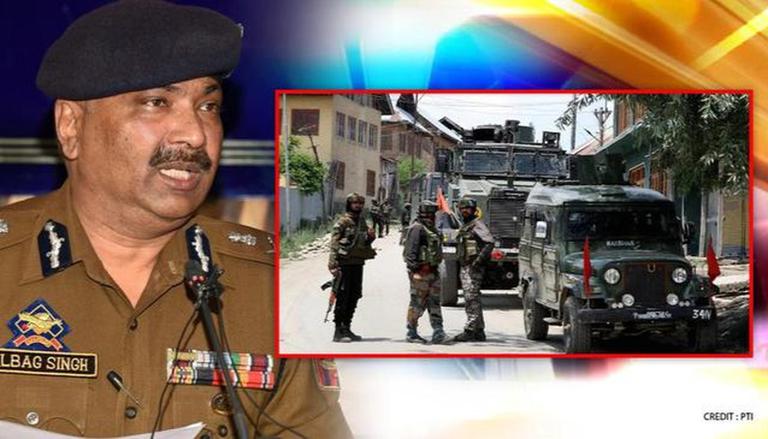 In a clean and precise operation on late Sunday night, security forces in Jammu & Kashmir gunned down three Lashkar-e-Taiba (LeT) terrorists, including a top commander of the terrorist faction. The CT operation in Baramulla’s Sopore village saw a joint team of the Sopore Rashtriya Rifles Battalion, Sopore Police Special Operations Group and CRPF Battalion cordon off a residential complex where the terrorists had sought refuge.

Despite unfavourable weather conditions and high chances of collateral damage, the security forces swung into action, based on an intelligence input received at 11:15 PM on Sunday and eliminated the three terrorists without having sustained any civilian casualty. One jawan had sustained a gunshot wound on his shoulder and was flown out immediately to receive medical treatment.

The three slain terrorists included a Pakistani national, identified as Abdullah alias Abu Asrar. According to J&K DGP Dilbagh Singh, the three LeT terrorists were involved in active terrorism for years now and were also behind the attacks that killed two Councilors and one SPO on 29 March 2021 and four Policemen including innocent civilians in Sopore on 12 June 2021 in another incident. On completion of the operation, three AKs, one pistol, grenade, ammunition and other war-like items were recovered from the slain terrorists.

The top Lashkar commander of northern Kashmir, that was also neutralised in the operation, has been identified as Mudasir Pandit who also went by the names Umar, Rukhana, Maas bhai. As per J&K DGP, Mudasir Pandit was the LeT commander since June 2019 and has 18 FIRs registered against him. He was involved in the killings of 4 civilians, 9 SFs, 2 ex-militants, 3 Sarpanch and 2 from Hurriyat & Separatist cadre. The third slain terrorist has been identified as Mir, who was a resident of Sopore itself and was with the Lashkar since May 2020. Mir has 6 FIRs registered against him and was involved in 2 grenade attacks and several killings.

Security forces have launched an all-out offensive attack against terrorism following the attack in North Kashmir town on June 12 by Lashkar terrorists. The attack, in which two policemen were martyred, also saw two civilians succumb to injuries.

“Strongly condemn the terror attack on civilians and security personnel at Sopore, Baramulla. My sincere condolences to the families who have lost their loved ones in this attack. Praying for the early recovery of the injured,” Lieutenant Governor Manoj Sinha had said on Twitter after the attack. The three slain terrorists were also involved in the attack on the municipal council office in Sopore which led to the death of a councillor and a policeman while leaving another councillor critically injured.