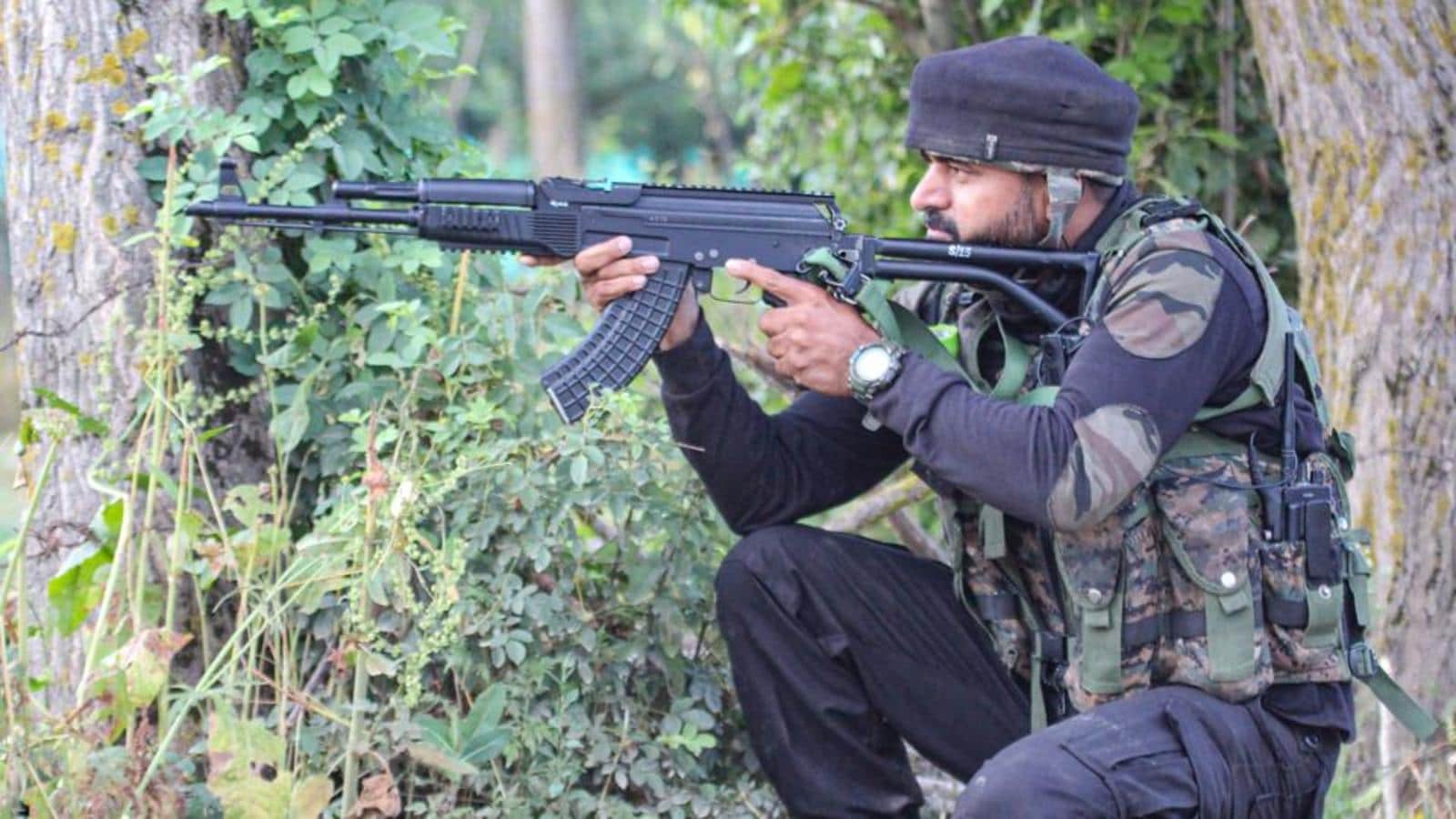 Police said Asrar was killed along with Mudasir Pandit and Khursheed Mir, both residents of Sopore, who were involved in killing of councillors, sarpanchs and other innocent people in recent terror attacks in Jammu and Kashmir

Jammu and Kashmir’s director general of police Dilbagh Singh said there were 18 cases registered against Mudasir Pandit and foreigner commander Asrar was his very close associate for a long time, while six cases were registered against the third militant Khursheed Mir.

Last night security forces launched an operation at Tantraypora Brath village in Sopore following a tip off about the presence of militants in a house. “The operation was being monitored by top police and army officers as three important commanders were in the house where the operation was underway,” DGP Dilbagh Singh said.

In the last few days, joint teams of the army, J&K police and the Central Reserve Police Force (CRPF) were conducting joint operations in the vicinity following the attack on police in Sopore on June 12, when two policemen and two civilians were killed. Earlier on March 29, terrorists killed two councillors and a policeman in an attack on the office of Sopore Municipal Council.

Police then identified the killings as a Lashkar-e-Taiba operation, following which Kashmir police chief Vijay Kumar met senior army and CRPF officers in Sopore and named Mudasir Pandit as one of the two local terrorists involved in the June 12 attack on policemen.

Pictures of these militants were circulated in Sopore and adjacent villages and Kumar said it helped the forces track them down. “The trio were hiding in the house of a man, whose son was also a terrorist,” IGP Kashmir said.

One army soldier was also injured in the encounter, which ended on Monday morning with the recovery of bodies of all the terrorists apart from two AK 47 rifles, an AK 56 rifle