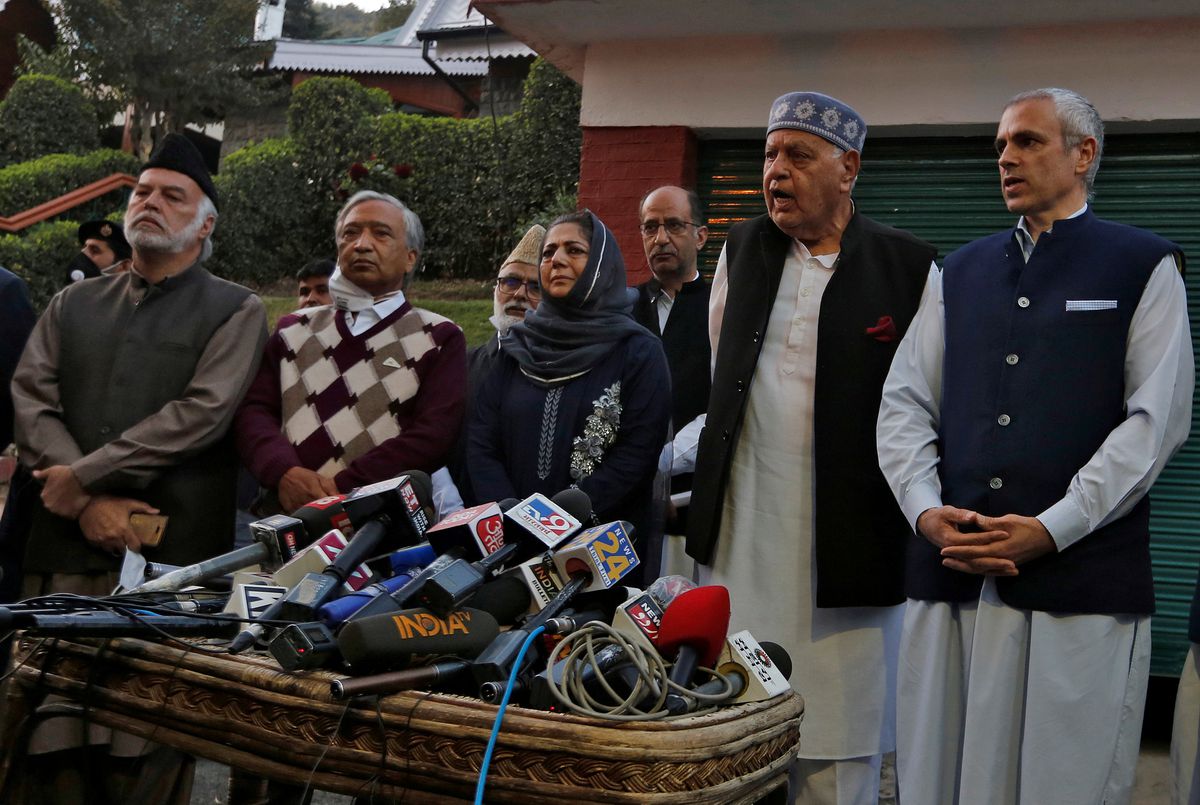 SRINAGAR: Politicians in occupied Kashmir will urge India Prime Minister Narendra Modi to restore the region’s autonomy when they meet him on Thursday for the first talks since he took away the region’s special status two years ago, party officials said.

New Delhi has struggled for decades to dampen secessionist sentiments in what had been its only Muslim majority state, blaming Pakistan for supporting freedom movements in the Himalayan region, which Islamabad denies.

Reasserting New Delhi’s control in August 2019, Modi abolished Article 370 of the Constitution, ending the region’s autonomy and removing its statehood by splitting it into the federal territories of Jammu and Kashmir and Buddhist-dominated Ladakh, a territory China claims.

Some of the politicians set to meet Modi on Thursday were among the thousands of people detained back then to forestall a backlash against the shock move. The government also imposed months-long communications restrictions in the highly-sensitive Kashmir valley to stifle opposition.

“Our agenda is restoration of pre-August 5, 2019 status of Jammu and Kashmir,” People’s Democratic Party leader Mehbooba Mufti told her colleagues on Sunday, according to two officials who attended the online meeting.

“We will press for these two demands during the meeting with the prime minister,” the official said. All three officials declined to be named because the discussions were private.

Representatives of the PDP and National Conference will meet on Tuesday along with other members of an alliance formed last year to seek a peaceful restoration of Kashmir’s autonomy, to prepare for their talks with the prime minister, PDP spokesman Suhail Bukhari said.

The 2019 decision to withdraw Kashmir’s autonomy drew a sharp reaction from Islamabad, leading to the downgrading of diplomatic ties and suspension of trade.

But the nuclear-armed neighbours have held secret talks this year in an effort to reduce tensions, and agreed to observe a ceasefire along the Line of Control.