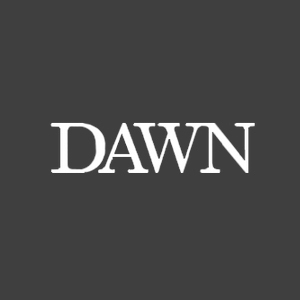 WASHINGTON: Prime Minister Imran Khan has said that once the Kashmir issue is resolved, there will be no need for nuclear deterrents between India and Pakistan.

In an interview to Jonathan Swan, HBO’s national correspondent, the prime minister warned that if the Taliban went for an all-out victory in Afghanistan, “there will be an incredible amount of bloodshed,” which would affect Pakistan as well.

Mr Khan expressed his resolve not to allow the Americans to use Pakistan’s territory for conducting operations into Afghanistan, stating clearly: “We are not going to be part of any conflict anymore.”

He said US President Joe Biden had not spoken to him so far because he had other priorities but when he does, he would ask Mr Biden to help resolve the Kashmir dispute.

The interviewer raised many thorny issues about US-Pakistan relations, the conflict in Afghanistan, the situation in China’s Xinjiang province and Pakistan’s nuclear programme.

The prime minister responded to all the questions with his usual frankness, without avoiding any issue.

“Intelligence analysts say that Pakistan has the fastest-growing nuclear arsenal anywhere in the world. Why?” the interviewer asked.

“I don’t know where they’ve come up with this. Pakistan’s nuclear arsenal is simply a deterrent to protect ourselves,” the prime minister responded.

Responding to the interviewer’s comment that Pakistan’s nuclear arsenal was growing, not shrinking. Mr Khan said Pakistan’s nuclear programme has “only one purpose,” deterrence, “it’s not an offensive thing”. He said any country which had a hostile neighbour seven times its size would be worried about its defence.

“Is your goal India and Pakistan nuclear disarmament?” the journalist asked.

“I am completely against nuclear arms. I always have been. We’ve had three wars against India. And ever since we’ve had a nuclear deterrent, we have had no war between the two countries. We have border skirmishes, but we’ve never faced war,” the PM said.

“The moment there’s a settlement in Kashmir, I believe the two neighbours will live as civilized people. We will not need to have this nuclear deterrence,” he added.

The interview began with a question about the ongoing US military withdrawal from Afghanistan. “Are you happy about that?” the HBO correspondent asked.

“Happy in one way because there was never going to be any military solution in Afghanistan. Anxious that they’re leaving; without a political settlement, there’s a possibility of civil war,” said the prime minister.

“Do you think the Americans made a mistake by saying, “We’re getting out by September the 11th?” Mr Swan asked.

“Difficult. You know, they have got themselves in such a big mess. They had to give some sort of timeframe. But the moment they gave a timeframe, Taliban would have considered that a victory,” the prime minister said.

Asked how he felt about the prospect of the Taliban effectively controlling Afghanistan, Mr Khan said Pakistan would deal with whoever represents the people of Afghanistan.

The PM said it was pointless for him to say if he was pleased or unhappy with whatever the Taliban were doing but if “the Taliban go for an all-out victory, there is going to be an incredible amount of bloodshed” in Afghanistan. “And let me tell you, the country that is going to suffer the most after Afghanistan is Pakistan.”

Pakistan, he said, already had three million Afghan refugees and this bloodshed could lead to another exodus. “So that is our biggest concern. The Americans, before they leave, there must be a settlement,” he added.

Asked why CIA Director Bill Burns made an unannounced visit to Islamabad recently, the prime minister said: “Ever since 9/11, they have been constantly in touch with our intelligence agencies.”

Mr Khan said he did not meet the CIA chief but “our head of ISI” did.

“Will you allow the American government to have the CIA here in Pakistan to conduct cross-border counterterrorism missions against Al Qaeda, ISIS, or the Taliban?” the journalist asked.

“Absolutely not, there’s no way we will allow any bases — any sort of action from Pakistani territory into Afghanistan. Absolutely not,” the prime minister said.

Pakistan, he said, suffered 70,000 casualties, more than any other country, by joining the American war after 9/11. “We cannot afford any more military actions from our territory. We will be partners in peace, not in conflict,” he added,

The interviewer informed the prime minister that the American military was discussing potential airstrikes into Afghanistan to support the Afghan forces against the Taliban, and asked: “Would you allow the American Air Force to use your airspace for those airstrikes?”

Asked what his feeling was about allowing the strikes, Mr Khan said: “I don’t know. We’ll discuss this. You know, why would the Americans be bombing Afghanistan — after it hasn’t worked for 20 years, why would it work again?”

Asked if he had spoken to President Biden since he took office, Mr Khan said: “No, I have not.”

“Is there a reason for that?” the interviewer asked. “Whenever he has time, he can speak to me. But now, clearly, he has other priorities,” he said.

Asked what he would say to Mr Biden if he had a meeting with him, the prime minister said: “The US has a big responsibility. Most powerful nation in the world, almost 1.4 billion people living in the subcontinent. We are held hostage by one dispute, Kashmir.”

He recalled that the UN Security Council resolutions also demanded a plebiscite in Kashmir and “if the Americans have the resolve, the will,” this festering could be healed.

Asked why he wrote an open letter to Muslim leaders asking them to unite against Islamophobia, particularly in the West, the PM said there was a big communication gap between the Islamic world and the Western societies, which happened after 9/11 when the word “Islamic terrorism” came into currency.

“The moment you say, ‘Islamic terrorism,’ the man in the street … thinks that there’s something in Islam which leads to terrorism or Islam causes radicalism … the entire 1.3 billion Muslims started becoming targets,” he added.

The interviewer then reminded him that just across the border from Pakistan, Muslims were being targeted by Chinese authorities in Xinjiang and asked why Pakistan was silent on this issue.

“What our conversations have been with the Chinese, this is not the case, according to them,” the PM responded.

“The evidence is just overwhelming,” the journalist added.

“Whatever issues we have with the Chinese, we speak to them behind closed doors. China has been one of our greatest friends in most difficult times. When we were really struggling, our economy was struggling, China came to our rescue. So, we respect the way they are,” Mr Khan said.

“And whatever issues we have, we speak behind closed doors. How come this is such a big issue in the Western world? Why are the people of Kashmir ignored? It is much more relevant. Compared to what might be going on with the Uyghurs,” he added. The West’s silence on Kashmir, he said, was hypocrisy.

The correspondent said “they’ve been a huge partner to you, China. But on some level, doesn’t it make you feel sick to have to be quiet because of all this money they’re putting into Pakistan?”

The prime minister said many things were happening around the world but as Pakistan’s prime minister his duty was to focus on what directly concerned his country.

“This (Xinjiang) is a grotesquely large human rights atrocity,” the interviewer said.

“First, I’m not sure about that because of our conversations with the Chinese, this is not the picture that comes from that side,” the PM said.

“So, you are not in any way concerned about the Muslim Uyghurs in Xinjiang?” the interviewer asked.

“Our discussions with Chinese will always be behind closed doors,” the prime minister responded.