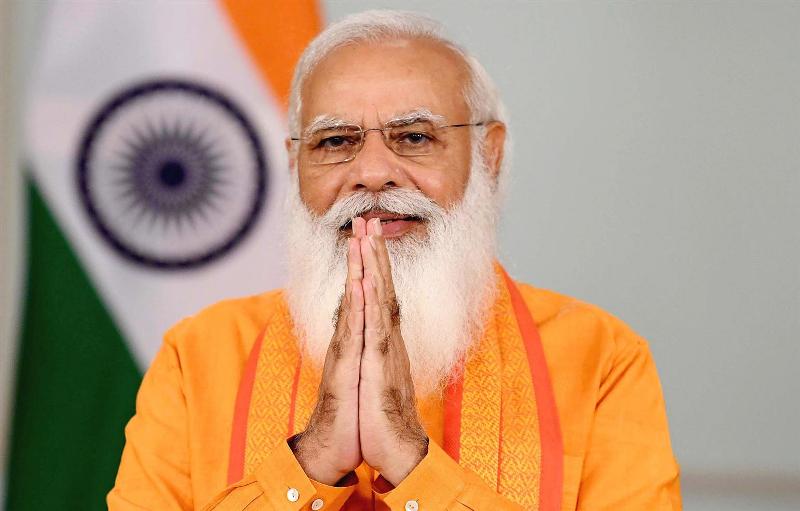 The ongoing delimitation exercise, a roadmap for assembly elections, or even a possible restoration of statehood could be on the discussion table as Indian Prime Minister Narendra Modi chairs a meeting with Jammu and Kashmir’s mainstream political parties on June 24 – over 22 months after his government scrapped its special status and downgraded it into a union territory.

The significance of the meeting lies in that while it is likely to launch the political dialogue process concerning the future of J & K. It will also be the prime minister’s first comprehensive interaction with the union territory’s leading political figures since his government passed the far-reaching legislation in parliament on August 5-6, 2019.

The BJP-led National Democratic Alliance regime had then abrogated Article 370 of the Indian Constitution that granted special status to the then state, and bifurcated it into two union territories – Jammu Kashmir with a legislative assembly and Ladakh without one.

Modi’s meeting with Jammu and Kashmir’s leaders is also likely to send a message to the international community that the government’s exercise has wider political acceptance and support, some media reports said quoting unnamed sources said.

The prime minister is expected to try for a consensus among the J & K leaders for completing the delimitation exercise –  redrawing the boundaries of assembly and parliamentary constituencies – in what could be a possible step forward in holding local assembly polls in the near future.

J & K is under central rule since 2018, and most of its political leaders have so far skipped the meetings of the delimitation commission.

Four former chief ministers – Farooq Abdullah, his son Omar Abdullah, Ghulam Nabi Azad and Mehbooba Mufti – have been invited to the meet. Three of them were in prison for extended periods after the removal of J&K’s special status.

The media network CNN-News18 has claimed, referring to official sources it did not name, that the prime minister will discuss restoring J&K’s statehood in what could be a significant milestone after months of backroom confabulations by National Security Adviser (NSA) Ajit Doval, a close aide of PM Modi.

The report said the government was considering announcing statehood for J&K, pending submission of the delimitation commission report.

However, talks on restoring the region’s special status or change in Ladakh’s status are unlikely.

Other political and media watchers have pointed out though restoration of J & K’s statehood could be discussed, any such step would require parliament’s sanction, and the focus was likely to be on just the delimitation exercise.

Though the state conducted fairly successful grassroots elections, in the shape of rural body polls, after the scrapping of Article 370, the assembly elections are pending since 2018, and the prime minister could take the opportunity to assure the parties about the state going to the hustings soon.

While all regional players are expected to take part in the deliberations, the two principal J & K parties National Conference (NC) and Peoples Democratic Party (PDP) are waiting for the outcome of Tuesday’s scheduled meeting of the six-party People’s Alliance for Gupkar Declaration (PAGD). Apart from NC and PDP, other PAGD constituents are  CPI-M, Awami National Conference, Communist Party of India and JK People’s Movement.

Meanwhile, the Congress has demanded the restoration of J & K’s statehood and holding of assembly polls, with its chief spokesperson Randeep Surjewala describing the August 2019 legislation as a “direct attack on democracy and the constitutional principles”.

But he did not say whether the party will participate in Thursday’s meeting.

Pakistan, which seems to have got some hint of the coming meeting, said in strong language last week that it would oppose any move to divide Kashmir and change its demography and asked India to refrain from taking any further “illegal steps” after its actions of  August, 2019.