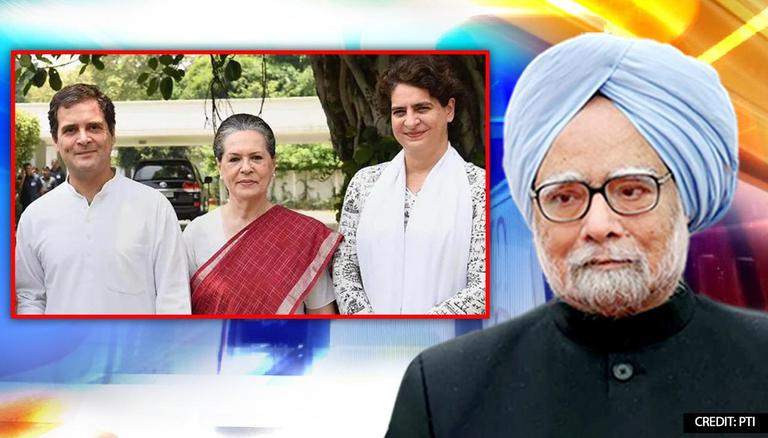 Former Prime Minister of India and senior Congress leader Manmohan Singh is set to chair a party meeting on Tuesday to finalise the party’s stand on June 24 all-party meeting called by PM Modi. According to reports, Manmohan Singh will also be joined by the grand old party’s Jammu and Kashmir unit virtually. The meeting will also be attended by senior Congress leader Ghulam Nabi Azad, State President Ghulam Ahmed Mir and Former Deputy CM Tara Chand. Earlier on Monday, the J&K Congress held a meeting with its top leaders in the Union Territory to discuss its strategy for the all-party meeting.

During the Monday meeting, the J&K Congress headed by JKPCC President G A Mir organised a virtual meeting with the leaders. Veteran Congress leader and former J&K CM Ghulam Nabi Azad was also present. The party collectively pushed for a restoration of full statehood for Jammu and Kashmir. The erstwhile state was converted into a union territory in 2019 after the abrogation of Article 370.

Apart from Congress, other parties in the fray also held meetings with their leaders. National Conference (NC) president and former J&K CM Farooq Abdullah on Sunday started the process of consultations with senior leaders of his party over the invitation of all-party meeting. The Jammu and Kashmir Peoples Democratic Party (JKPDP) President Mehbooba Muft also held a meeting to discuss the all-party meeting.

According to reports, Union Home Secretary Ajay Bhalla contacted leaders inviting them for the meeting at PM Modi’s residence. The key development comes nearly two years after the abrogation of Article 370 following which the leaders of various political outfits were detained. Girish Chandra Murmu was named the Lieutenant-Governor of the Union Territory, succeeded by Manoj Sinha who currently chairs the position. The meeting will be the first-ever all-party meeting between PM Modi and political parties of the Union Territory since the abrogation of Article 370. It is expected that the meeting is being held to discuss the possibility of assembly elections and the delimitation exercise in J&K.