The Jammu and Kashmir Congress unit on Monday held a meeting with its top leaders in the state to discuss its strategy for the all-party meeting called by PM Narendra Modi on June 24. President of J&K Pradesh Congress Committee (JKPCC) G A Mir organised the virtual meeting with senior leaders of the party in which former J&K CM Ghulam Nabi Azad was also present. All the members of Congress have pushed for the restoration of full Statehood for Jammu and Kashmir which was reorganised post abrogation of Article 370 and converted into a union territory in 2019.

National Conference (NC) president and former J&K CM Farooq Abdullah on Sunday started the process of consultations with senior leaders of the party over the invitation for talks from the Centre to mainstream political parties of Jammu and Kashmir. The People’s Conference headed by former J&K CM Mehbooba Mufti is said to hold a meeting later in the day to discuss with regards to the all-party meeting. 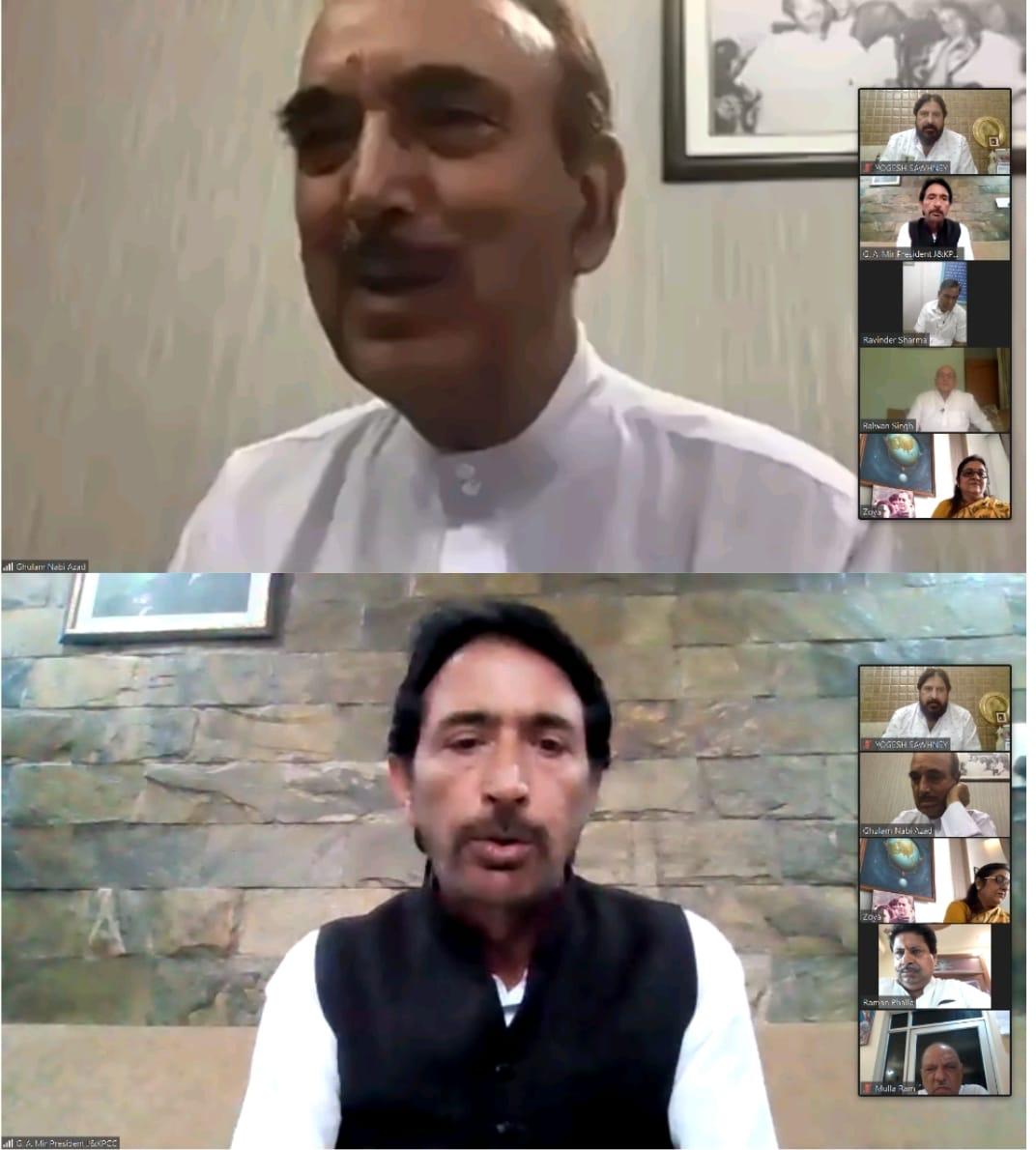 As per reports, Union Home Secretary Ajay Bhalla contacted leaders including PDP’s Mehbooba Mufti and JKNC’s Farooq Abdullah, inviting them for the meeting at PM Modi’s residence. There are 14 leaders in total.

The Centre’s move comes nearly two years after the abrogation of Article 370 following which the leaders of various political outfits were detained while Girish Chandra Murmu was named the Lieutenant-Governor of the Union Territory, succeeded by Manoj Sinha who retains the position at present.  The meeting will be the first-ever all-party meeting between PM Narendra Modi and the political parties of the union territory since the abrogation of the special status of Jammu and Kashmir. It is being speculated that the meeting is being held to discuss the possibility of assembly elections and the delimitation exercise in J&K.