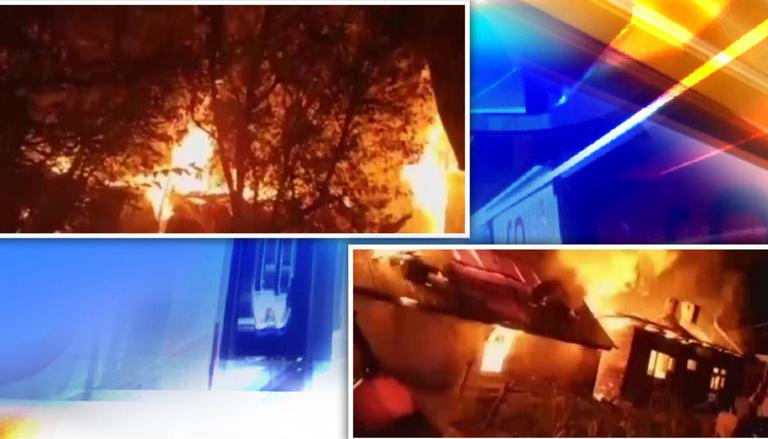 On Tuesday, June 22, a massive fire broke in Singpora Chatroo, a remote area in the Kishtwar district of Jammu & Kashmir. The police and civil administration were immediately deployed to the area of the incident.

The police and civil administration swung to the action to douse the fire. So far, no life was harmed, only houses were damaged due to the incident.

On June 21, a massive fire engulfed the Ramban district of Jammu and Kashmir due to which almost 4 shops were gutted in the fire. No loss of life has been reported in the incident so far. The incident is reported early morning when the locals identified that the flames are coming out from the Ramban area. Soon they called the police and civil administration, which along with the firefighters swung to the action to douse the fire.

On June 11, a massive fire broke out in Sweepers Colony, Noorbagh in north Kashmir’s Baramulla district. At least 20 houses had been engulfed in flames. The fire reportedly started due to leakage of LPG gas from a residential house. In no less time, the fire spread to other houses. Five tenders from the fire and emergency department and two from the army reached the site to contain the spread of the fire.

On June 8, a fire broke out in a building near the Vaishno Devi shrine in Katra in Jammu and Kashmir’s Reasi district. No one was injured in the incident. The fire broke out at around 4.15 pm and was brought under control by 5 pm. The fire was caused due to a short circuit at the shrine’s cash counter.

On May 21, the Indian Army doused the major fire near the Line of Control (LoC) in Rajouri district, preventing damage to seasonal crops in two villages in Rajouri.