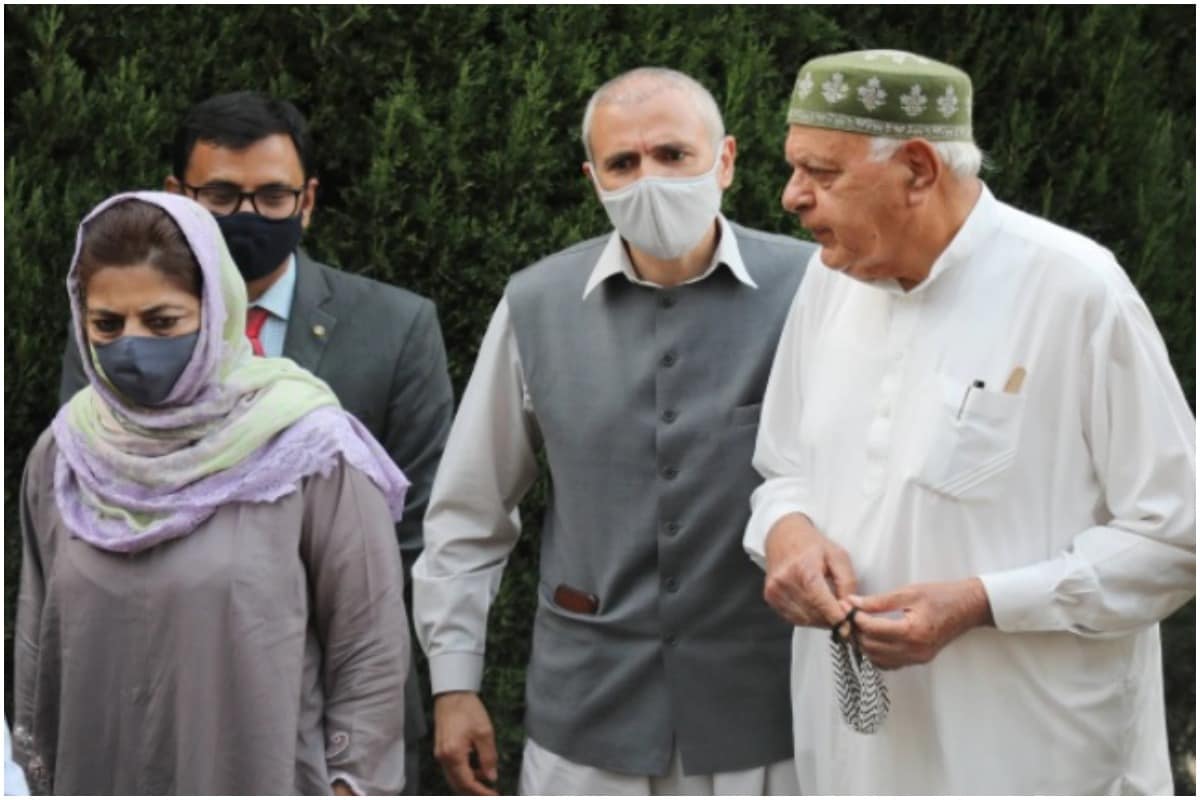 With the People’s Alliance for Gupkar Declaration (PAGD) scheduled to meet Tuesday, intra-party consultations in Jammu and Kashmir continued for a second day Monday to discuss the Centre’s invitation for an all-party meeting with Prime Minister Narendra Modi on June 24. The PAGD — a six-party alliance of mainstream parties which came into existence after the Centre revoked the special status of Jammu and Kashmir in 2019 — will meet at National Conference president Farooq Abdullah’s residence Tuesday to discuss the invite.

While PDP has authorised its president Mehbooba Mufti to take a final call on the party’s participation in the all-party meet, the grouping is expected to come up with a joint strategy after the meeting. The PM’s meeting with the political parties from Jammu and Kashmir is part of the Centre’s initiatives to bolster political processes, including holding assembly elections, in the union territory.

The National Conference (NC) said on Monday it was good that the Centre had realised that things will not work in the union territory without the local mainstream. “We have been saying that nothing has changed on the ground for the last two years. It is good that they have this realisation that things will not work here without the local mainstream. All their huge promises have turned hollow on the ground and nothing has been achieved,” NC provincial president, Kashmir, Nasir Aslam Wani, told reporters here.

Wani said the change from “demonizing” the mainstream parties in J-K to inviting them for talks was good”. “It is a good change. As much and how much you can demonise the mainstream of J-K, you cannot do without it because the mainstream in J-K has always proven.

“For that matter, the NC, being the premier political party of the erstwhile state, has that grassroots reach, without its involvement in such kind of dialogues and such kinds of conference, you cannot go ahead,” he said. Other PAGD constituents — the CPM, CPI, People’s Movement and Awami National Conference — have not said much about the meeting.

The JK Pradesh Congress Congress (JKPCC) organised a virtual meeting of its senior leaders with former Leader of Opposition in Rajya Sabha Ghulam Nabi Azad and AICC incharge JK affairs Rajni Patil. The local Congress leaders shared their views on various aspects of the issue and gave their inputs about the current situation and the sentiments and aspirations of the people in Jammu and Kashmir, a party spokesman said.

He alleged the Central government has always acted in an “undemocratic and unilateral” manner without taking on-board the people especially the mainstream forces who have always fought against the designs of anti-national and anti-social elements. People’s Conference’s Sajad Lone, who has had a ‘blow hot blow cold’ relation with the Centre since 2019, welcome the Prime Minister’s initiative, expressing hope the engagement would evolve into something much bigger and facilitate a return to democracy and empowerment of the people of the union territory.

After a meeting on Monday, the party said there is a need for involving all stakeholders to script a new social contract between Delhi and the people of J-K. A party spokesman said the meeting discussed in detail the overall political scenario and ground situation in Jammu and Kashmir besides emphasizing the need for the political class to play a constructive role vis-vis ending the prevalent logjam and finding durable and democratic solutions to all the challenges facing the people of J-K.

“The participants expressed their appreciation for the initiative of the Prime Minister and hoped that this engagement would evolve into something much bigger and facilitate return to democracy and empowerment of the people of J-K,” he said.