Hemis Festival of Ladakh (now a Union Territory) is being observed with due religious fervour but sans the crowd it usually attracts from around the globe. While most monasteries in the region hold their festivals in winter, the Hemis Festival is usually held in June/July. The monastery’s nearness to Leh (about 45km away by road), the pleasant weather, and the extravagant play of colours (the monastery, the attire of the dancers, the blue sky) makes it one of the most photographed festivals of India.

The festival, also known as Tsechu, is held in honour of Guru Padmasambhava, said to be an incarnation of the Buddha. The festival marks his birthday through masked dances (chaam). Preparations for the festival begins a few days before the main programme. 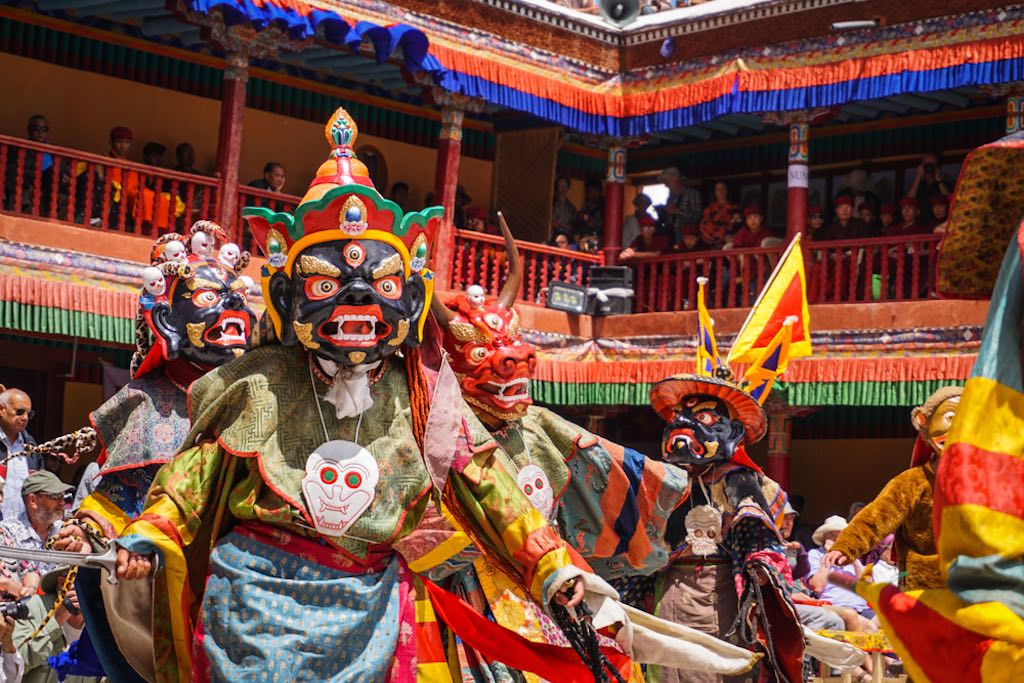 On the day of the festival, monks dressed in colourful, flowing attire and donning masks appropriate to the characters, enact scenes from the Guru’s life and teaching, displaying the win of good over evil. There are both group and solo dances to the accompaniment of drums and cymbals. Apart from the masked dances, the monastery carries out various rituals throughout the day. Ritualistic and votive offerings as well as thangkas (painted scrolls) are arranged in and around the monastery proper. 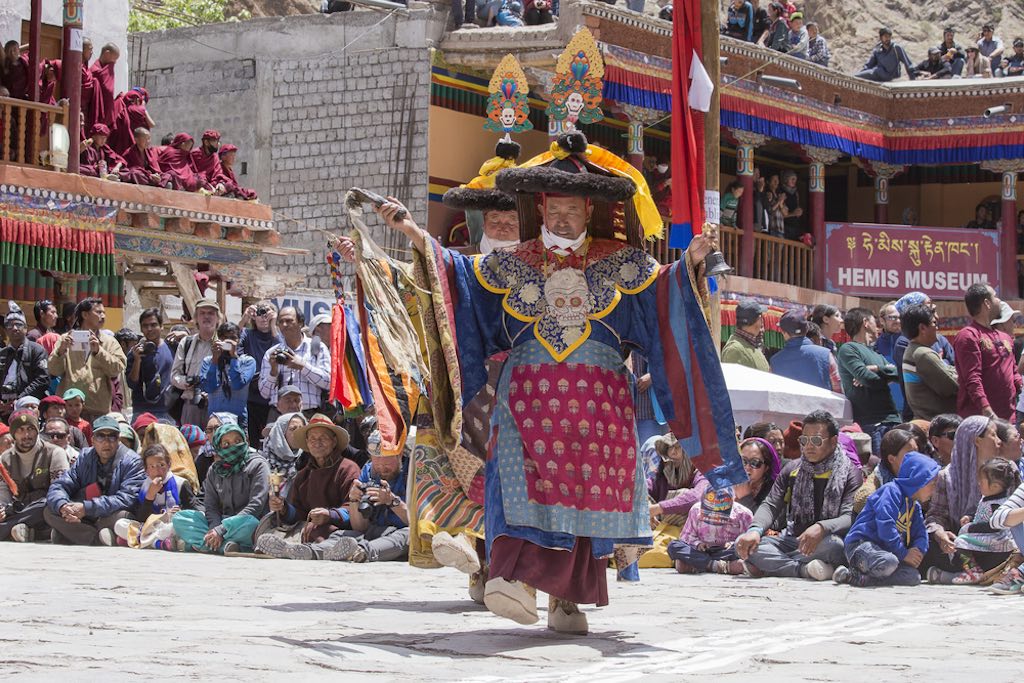 Every 12 years, a giant applique thangka dedicated to Guru Padmasambhava is unfurled with much fanfare and the celebration too goes up many notches. The colourful thangka is said to be adorned with pearls and precious stones. The festival attracts tourists from all over the globe and, according to veteran travellers, one has to be present at the complex very early to get a vantage position.

Unfortunately, owing to the domestic pandemic regulations and closure of international borders, the much loved festival is being observed this year without any public participation. Kyabje Chosam Rinpoche presided over the opening ceremony.