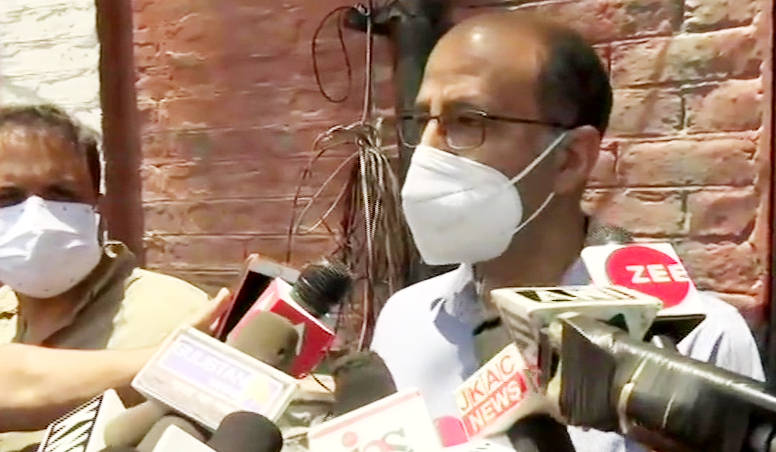 SRINAGAR : Ahead of Prime Minister Narendra Modi’s meeting with Jammu and Kashmir leaders on Thursday, National Conference leader Nasir Aslam Wani said party chief Farooq Abdullah will meet party leaders tomorrow and the day after for consultations.
Wani told reporters here today, “Dr Farooq Abdullah will meet party leaders from Kargil tomorrow and leaders from Jammu the day after tomorrow. By Wednesday evening, Dr Abdullah will speak to you (media) on this development.”
Meanwhile, Jammu and Kashmir Congress president Gulam Ahmad Mir on Sunday chaired a meeting of senior leaders of the party in the region to discuss the invitation of Prime Minister Modi for an all-party meeting involving the leaders of the Union Territory.
“Gulam Ahmad Mir chaired a meeting of senior leaders of Congress of the Jammu region. We discussed the invitation of the Prime Minister for the all-party meeting. Although we have not got a clear agenda for the meeting, the Congress will represent the aspirations of the people of Jammu and Kashmir,” former MLC and Congress spokesperson Ravinder Sharma said.
Union Home Secretary Ajay Bhalla has telephonically invited leaders of various political parties in Jammu and Kashmir to participate in a meeting to be held at the Prime Minister’s residence on Thursday, said officials.
Among the top leaders who got the invitation include former Chief Ministers Farooq Abdullah and Mehbooba Mufti. Home Minister Amit Shah along with National Security Advisor Ajit Doval and top security officials had met in the national capital on Friday to discuss various issues regarding Jammu and Kashmir with Lt Governor Manoj Sinha and senior officials.
In August 2019, the Centre abrogated Article 370 that gave special status to Jammu and Kashmir and also bifurcated the erstwhile state into two union territories – Jammu and Kashmir and Ladakh.
The Jammu and Kashmir Reorganisation Act 2019 notified by the government on August 9, 2019, paved the way for the creation of two Union Territories: Jammu and Kashmir, which will have a legislature and Ladakh, without it. The Act provides that the number of seats in the legislative assembly of Union Territory of Jammu and Kashmir shall be increased from 107 to 114, and delimitation of the constituencies will be determined by the Election Commission. (Agency)