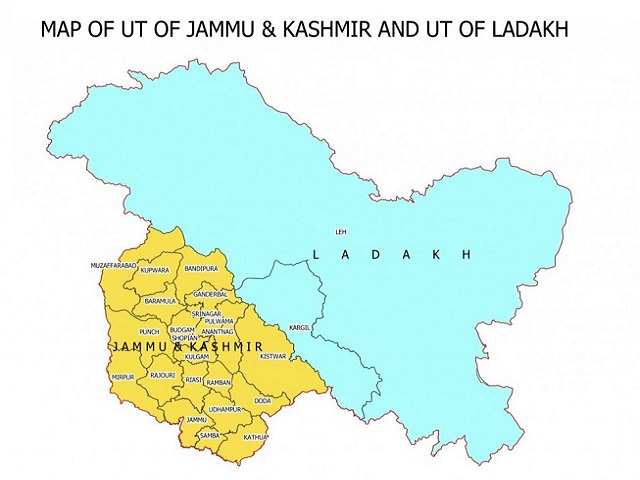 Prime Minister Narendra Modi is expected to hold an all-party meeting to discuss the delimitation process in Jammu and Kashmir in New Delhi on June 24, 2021. The centre has invited 14 key political leaders from Jammu and Kashmir for the meeting including political heavyweights such as Congress’ Ghulam Nabi Azad, National Conference leaders Farooq Abdullah and Omar Abdullah and PDP chief Mehbooba Mufti.

The outreach has raised speculations on what the Prime Minister will discuss with the J&K political leaders. The discussions are speculated to involve the delimitation exercise in Jammu and Kashmir and the possible scheduling of Assembly Elections, which are expected to be held soon in the union territory.

This is the first time that the centre has made an attempt to reach out to the political parties in J&K after the abrogation of Article 370 in 2019 and the bifurcation of the erstwhile state into two Union Territories—J&K and Ladakh. Several senior political leaders were put under preventive detention before the move including PDP chief Mehbooba Mufti and NC President Farooq Abdullah and his son Omar Abdullah. They were finally released last year.

Prime Minister Narendra Modi had announced last year on the occasion of Independence Day that assembly elections would be held in J&K after the delimitation process in the Union Territory was over. Delimitation is crucial for kick-starting the political process in J&K. So what is delimitation in Jammu and Kashmir and why is it done?

What is delimitation in Jammu and Kashmir?

Delimitation is the act of fixing or redrawing the limits or boundaries of territorial constituencies (Assembly or Lok Sabha seat) in a country or a province having a legislative body, as per the Election Commission.

The process involves dividing the country’s total area into smaller units, in order to conduct elections smoothly and efficiently and aim for better governance.

Who carries out the delimitation exercise in India?

The delimitation exercise is carried out by an independent high-powered panel known as the Delimitation Commission whose orders have the force of law and cannot be questioned by any court.

How is delimitation done?

The exercise involves redrawing the limits of the assembly or Lok Sabha seat, which means that it may result in a change in the number of seats allocated to the states and union territories in the Lok Sabha as well as the Legislative Assembly.

How often is delimitation exercise carried out?

The delimitation exercise is usually carried out every few years after the Census to ensure that each constituency seat approximately has an equal number of voters. It was carried out last in the country between 2002-2008 but Jammu and Kashmir was kept out of the exercise then.

The Parliament enacts a Delimitation Act under Article 82 of the Constitution and an independent high-powered panel known as the Delimitation Commission is constituted to carry out the exercise.

• The delimitation exercise in J&K in the past has been slightly different from those in the rest of the country because of the region’s special status.

• However, Jammu and Kashmir lost its special status and became a Union Territory after the abrogation of Article 370 on August 5, 2019.

• Following this, a special delimitation commission was constituted on March 6, 2020 to carve out Assembly and Parliament seats in the union territory.

What does this mean for Jammu and Kashmir?

The completion of the delimitation exercise will mark the beginning of the restoration of the political process in the union territory, paving way for the J&K Assembly elections as promised by the Prime Minister. The Union Territory has been under Centre’s rule since June 2018.

The delimitation commission had called for a meeting in February 2021 but only two out of its five associate members attended the meeting. All three National Conference leaders Dr. Farooq Abdullah and Hasnain Masoodi, MP, and Mohammad Akbar Lone skipped the meeting.

The commission had then in June 2021 written to 20 district commissioners seeking details on various aspects including intra-district demographic distribution, population density distribution, topography and the political aspirations of people in the district vis-a-vis constituencies.