The Centre’s move for talks with Jammu and Kashmir’s politicians (slated for Thursday) marks a major policy shift. After the BJP withdrew from its coalition with the Peoples Democratic Party and the People’s Conference exactly three years ago, its leading lights had stridently repudiated the leading parties of the erstwhile state as dynastic, money-grubbing, and irrelevant.

The thrust of the constitutional changes in August 2019 was to sideline the political class of Jammu and Kashmir—though not of Ladakh. Since much of the commentary on what happened then has said the state’s special status was done away with, most observers have lost sight of the fact that the state was done away with. What is the point of talking of special, or indeed any, status if there is no state? Status of what, one might ask.

Distress over the way they have been vilified evidently still cuts deep. `We were even abused, called a gang,…’ says CPI-M state secretary Yusuf Tarigami plaintively—referring to Home Minister Amit Shah calling them the `Gupkar Gang’ seven months ago.

`What did they get, and what did the country get?’ asks Tarigami, who is the spokesperson for the PAGD (People’s Alliance for Gupkar Declaration). The `Gupkar Alliance’ brought together parties that sought the restoration of the state and its special constitutional provisions.

Alliance parties have been included for the planned talks, but they will be outnumbered by the other invitees.

The Centre had evidently hoped to develop a new set of grassroots leaders for the panchayati raj bodies and the new (elected) district councils, so that these could then grow into assembly members. However, candidates of the PAGD won a large majority of the district board seats in the Valley, and won a fair number in half the districts in the Jammu division too. It became clear that the secular National Conference continued to be the most popular party in the union territory.

PDP president Mehbooba Mufti told this writer that the PAGD is yet to decide whether to accept the invitation for talks and, if so, whether it should send a couple of representatives jointly or go as separate parties. The PAGD leaders are to meet on Tuesday to decide.

The outreach to the political leaders was somewhat tentative. Instead of letters of invitation, the home secretary telephoned the heads of parties, and former chief ministers, and deputy chief ministers, asking them to meet the prime minister next Thursday.

The inclusion of deputy chief ministers brings in two BJP leaders, a lightweight from the Congress, and Muzaffar Beigh, who has left the PDP and appears to be trusted by the Centre.

Since two of the former chief ministers are also the heads of their parties, this arrangement will give the PDP only one voice and the National Conference two. The BJP will have three, apart from whichever central leaders attend. Beigh is now in the People’s Conference and, unless he is too ill to attend, would give that party two voices at the meeting.

Asked what the PAGD wishes from the meeting, Tarigami said, “what can we wish for? …there should at least have been a connect. Nothing is left here. People have been disillusioned, disappointed.”

The talks may be meant to pave the way for the election of an assembly once constituencies are freshly delimited. That is a challenge for the ruling party, for the district council election results made it obvious that, although the BJP’s vote base is extremely strong, it is concentrated in four-and-a-half districts.

Despite facilitation and great expense, the new Apni Party (which many in the Valley perceived as a favourite of the Centre) did not win enough seats to make for a stable coalition with the BJP, if the voting pattern were to continue during assembly elections. An alliance of the BJP, Apni Party and People’s Conference might make it, though.

If the current rulers had hoped that the constituencies could be gerrymandered to allow Hindus to win a larger share of seats, the geography of the place makes it difficult. If area is given priority over population, several of the new constituencies in places like the heavily forested Kishtwar would not necessarily have a Hindu majority. 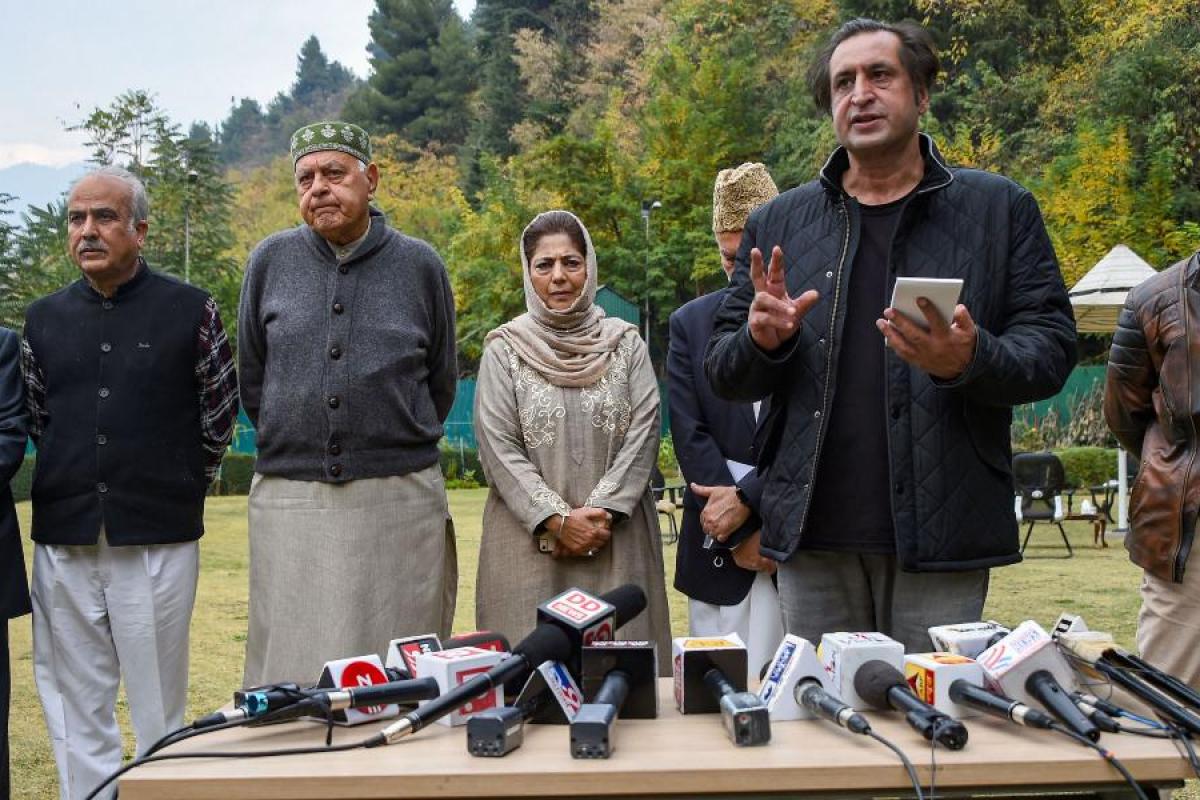