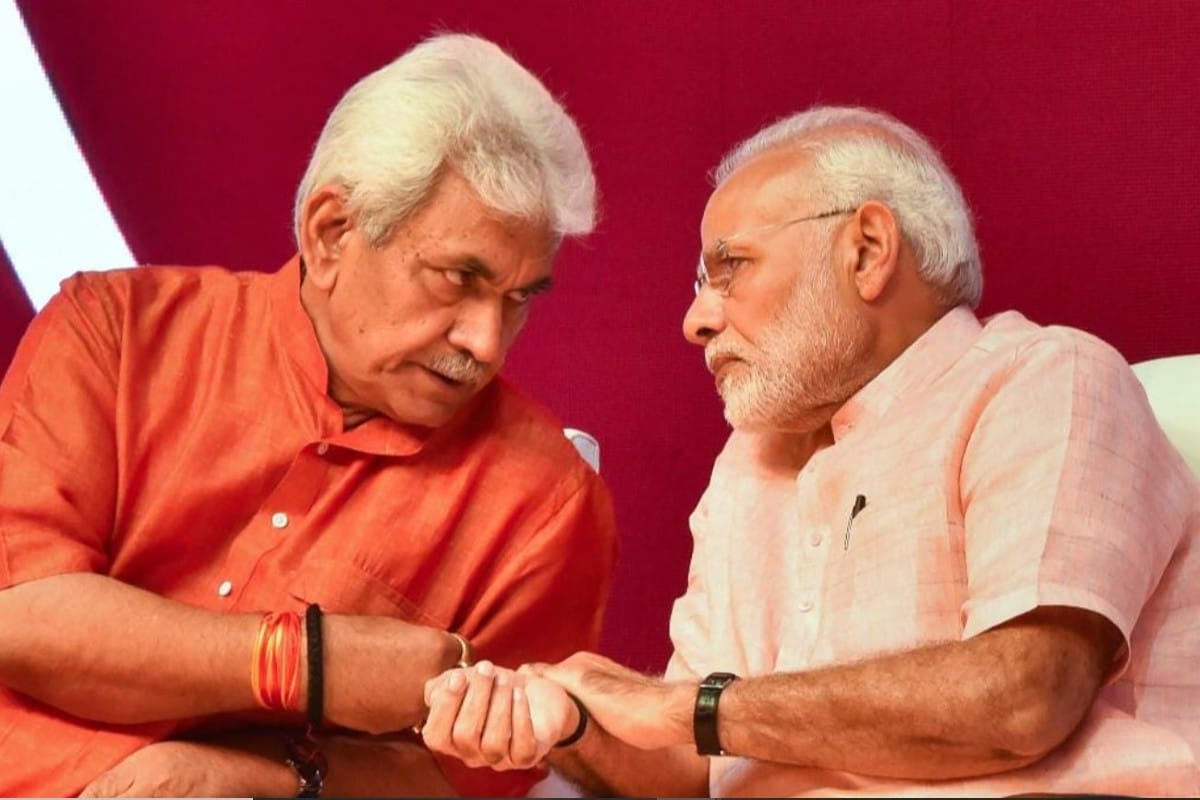 Prime Minister Narendra Modi is all set to meet political leaders from Jammu and Kashmir on Thursday. And ahead of the meeting, speculation is rife about what the PM could offer J&K. Officials who are part of the preparation process told CNN-News18 that the PM’s outreach should be seen as the “beginning of a process”. “Post August 5, 2019, the current political dispensation of the Valley specifically stood discredited. By reaching out, the Prime Minister is once again ensuring credibility for those who supported the democratic political process as opposed to the separatists who tried to foment trouble but failed,” they said.

Jammu and Kashmir has been under central rule since 2018 when the Bharatiya Janata Party broke off its ruling alliance with the Peoples Democratic Party. The Centre in August 2019 ended the special status granted to J&K under Article 370 of the Constitution and split it into two union territories.

Officials said that since the law and order and security situation in Jammu and Kashmir is under control, this is an opportune time to push for the restoration of democratic process​es. Security grid officials said they will be in a position to assist in carrying out polls if the government and the Election Commission so decide.

On the specific question of statehood, government functionaries said that Prime Minister Modi and his government are committed to return statehood to Jammu and Kashmir, but the exact timeline may not be known immediately. “A process will have to be followed. The Jammu and Kashmir Reorganisation Act made J&K a union territory. Parliament’s approval may be needed if the current Act has to be amended,” they explained.

“A full state usually has its own cadre of IAS and IPS officers, unless the arrangement is like Delhi or Puducherry,” an officer pointed out.

The next Parliament session is expected in mid-July.

The union government’s future course of action would also depend on the delimitation commission’s report. The panel constituted on March 6, 2020, to delimit the constituencies in Jammu and Kashmir was given an extension in March this year. Retired Supreme Court judge Justice Ranjana Prakash Desai has written to 20 district commissioners (DCs), seeking basic demographic and topographic information as well as the local administration’s impressions of the political aspirations of the respective populations.

Government functionaries in Delhi told News18 that one of the suggestions made to the commission is to avoid constituencies across districts. “If a constituency saddles two administrative districts then development work suffers. So suggestions have been made to redraw a constituency in a way that it coincides with district boundaries,” they said.

One of the apprehensions in Kashmir is that the delimitation process will alter the balance of power in favour of Jammu.

The Jammu and Kashmir Reorganisation Act of 2019 increased the strength of the J&K assembly from 107 to 114. Of these, 24 seats have been reserved for representatives of Pakistan-occupied Kashmir (PoK). The delimitation commission is now tasked with carving out seven new constituencies. The Valley-based parties are apprehensive that these new seats could alter the balance of power in favour of Jammu. Jammu-based politicians have long demanded parity with the Valley. Union government sources say it is unlikely that there will be any geographical change in Jammu and Kashmir post-delimitation.

The 201​1 Census will be the basis of the delimitation process as mandated in the J&K Reorganisation Act. Kashmiri political parties argue that since the Valley has more voters than Jammu, it is logical for Kashmir to get more representation in the assembly. Haseeb Drabu, former finance minister of J&K, argued in a newspaper column in March this year, “In the last legislative assembly, for instance, the Kashmir Valley, which had 55% of the population, had 53% of the seats. Jammu, with a share of 43% in the population, got 42.5% of the seats in the legislative assembly. Even on the ‘one person one vote’ principle, it is as good as it can get, with 149,749 voters per constituency in Kashmir and 145,366 per constituency in Jammu.” This position has been contested by the BJP that dominates the Jammu region. A senior member of the party who did not wish to be identified said that in ‘Pahadi’ areas or remote parts of the state-turned-UT, development has suffered owing to existing boundaries of constituencies.

“People in remote parts suffer because the elected representative has no stake in reaching them. The rest of the constituency, which is accessible, is their vote bank. This anomaly has to be corrected,” the leader told News18.