British Broadcasting Corporation (BBC), the public broadcaster of the UK, recently published a video report on the Delta variant of Covid-19. It cut off the Jammu & Kashmir and Ladakh region from the map of India. The incomplete map was noticed by netizens who tagged the Ministry of External Affairs to take strict action against the agency.

Let us give @BBCNews some piece of mind for showing our map wrong. Ros Atkins in one of the news report. @DrSJaishankar @MEAIndia to follow up with @BorisJohnson for tantalizing map of India. pic.twitter.com/czzo3zHLG2

In the video, Ros Atkins, Presenter & creator for BBC News UK, talked about how the Delta variant of Covid-19 codenamed B.1.617.2 was discovered in India in October 2020 and how the UK allegedly fail to consider travellers from India a threat to the spread of the new variant. The topic itself cannot be considered much of a problem as India was faced a massive surge in the Covid-19 cases, and several countries suspended flights to and from India for the time being.

The problem here was the map of India that BBC used in the report. The map that was depicted at the 24th second of the video did not have Jammu & Kashmir and the Ladakh region included. 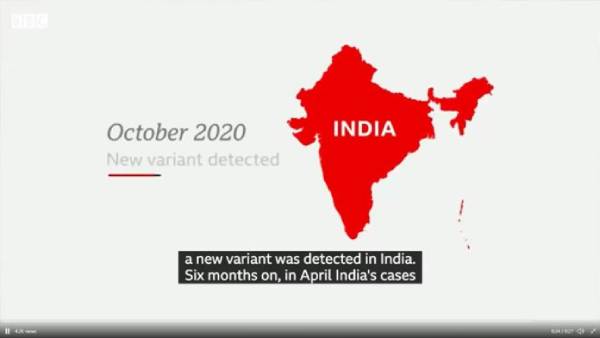 After the uproar, changes were made in the video, and the map was replaced by the Indian national flag. 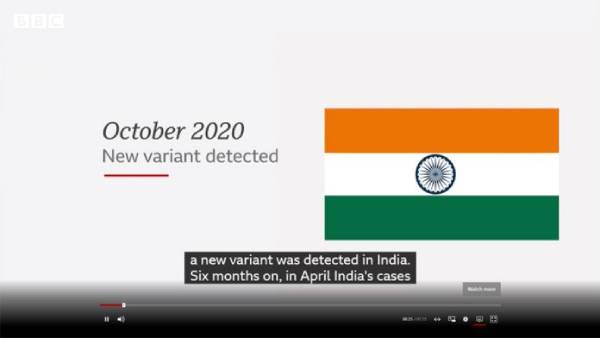 This is not the first time BBC has been accused of depicting an incomplete or wrong map of India. In January 2021, BBC had apologised for an incomplete map of India. The problematic video was about Joe Biden on BBC World Service titled ‘US Election 2020: What do countries around the world want from Joe Biden’. It showed a map of India without Jammu and Kashmir.