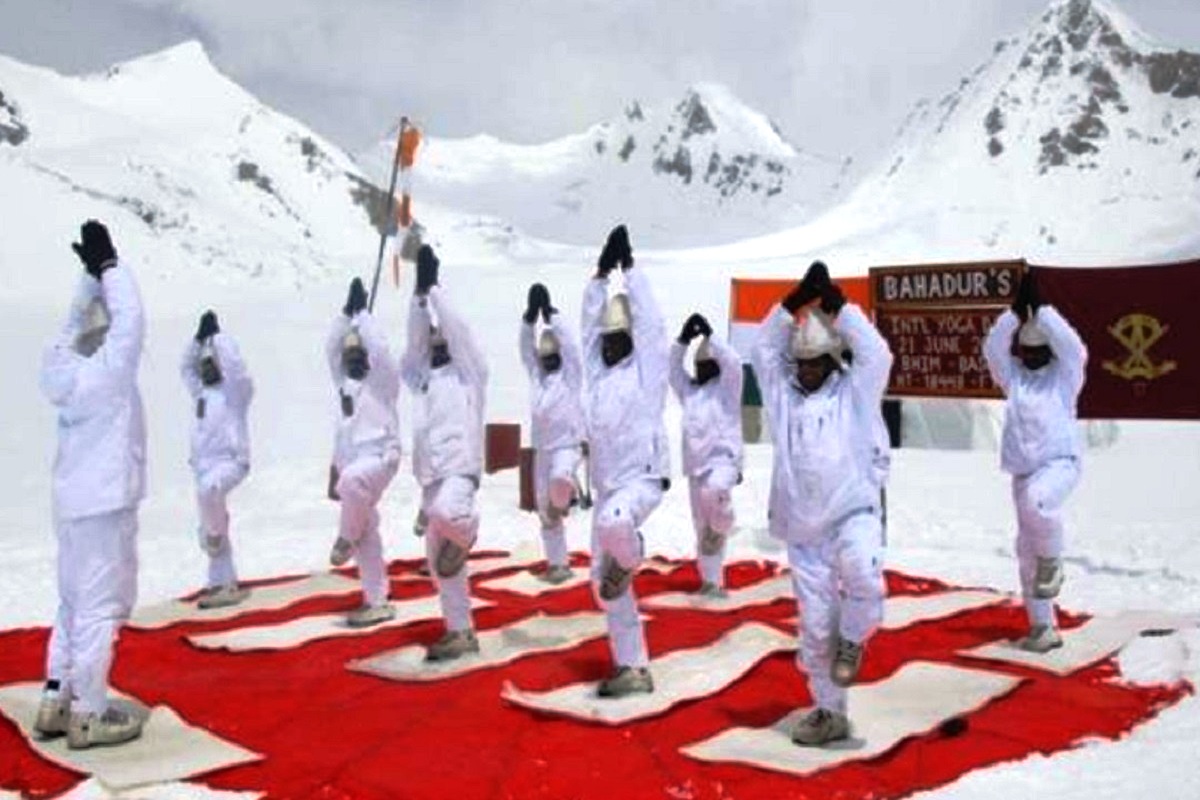 The bonhomie between the Indian and Chinese troops on the International Yoga Day on Monday was again this time missing in the frontier positions of Ladakh as the two Armies did not practice yoga together because of the ongoing tension following the martyrdom of 20 Indian soldiers in an unprovoked attack and attempts of Chinese to cross the Line of Actual Control (LAC) on June 2020.

Officers and soldiers of the Peoples Liberation Army (PLA) of China had been since past couple of years celebrating the Yoga Day with Indian troops at Chushul and Daulat-Beg-Oldi border personnel meeting points in Ladakh.

Soldiers of the Indian Army and Indo Tibetan Border Police (ITBP) practised yoga in freezing temperature at high altitude locations in Ladakh. The BSF, CRPF and other central forces also celebrated the day in Srinagar, Jammu and other places in the union territory (UT).

ITBP soldiers practised yoga at the 4350 meters high Pangong which is the world’s highest saltwater lake. The lake remained in focus during the initial days of Chinese aggression as they made vain attempts to occupy certain parts of the lake.

An Army spokesman said that amidst strict Covid-19 protocols, yoga camps were organized in all Army formations and units of Northern Command across the UTs of J&K and Ladakh. Soldiers practised yoga also at the Siachen Glacier which is the highest battlefield in the world.