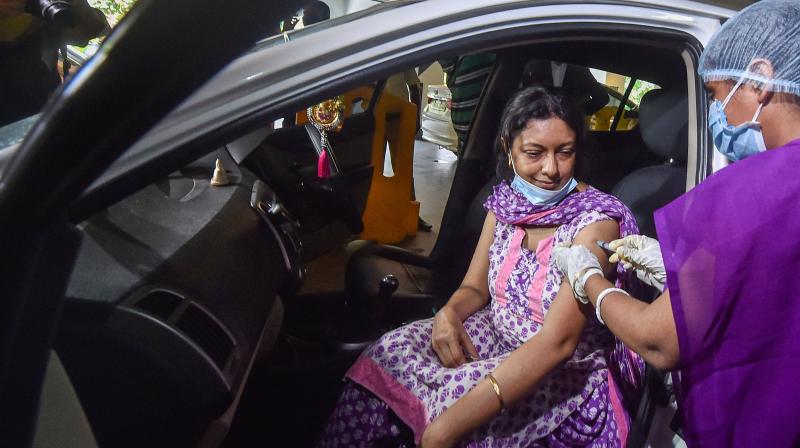 It is not easy to find good news in India and has not been easy for a long time now. A recent report said that the Indian economy is contracting again in this quarter, between April and June, by more than double digits.

This report from one agency was carried in multiple media outlets but it was not refuted or commented upon by others, including by the government. It was just assumed to be true. After 24 months of slowdown starting in January 2018 before the Covid-19 pandemic, and then 18 months of collapse since January 2020, we have turned into the world’s worst performing economy.

India’s economic growth has been falling for 42 months now, but the government has not spoken about why that is so and what went wrong or what it plans to do to correct it. Former Prime Minister Manmohan Singh in an interview last year offered five points to correct course, but he also added that a course-correction was possible only after one had acknowledged that there was a problem.

Since we have not accepted that anything is wrong, we will continue.

CMIE, the only body offering regular employment data (the Narendra Modi government has little data and says that it is conducting some surveys, whose results will come around the end of the year) says that unemployment in India is at 11 per cent, higher than Pakistan and Bangladesh.

Inflation is high though demand is low, and wholesale prices are at their highest since 1992. Petrol is around Rs.100 a litre, diesel is almost there and the price of crude oil is expected to rise another 20 per cent by the end of the year. Exports are at the same level as they were in 2014 and in seven years under Narendra Modi have shown no growth, though in the same period Bangladesh and Vietnam have grown and China has held onto its share.

Eighty crore Indians are being given free food for seven months from May till November. Five kilos of wheat or rice per person per month and one kilo of dal. In May, 16 lakh tonnes of wheat and 15 lakh tonnes of rice was distributed.
Sixty per cent of Indians depend on free food. This should tell you more than enough about the state of poverty in India today.

When Mr Modi took over in 2014, he said MGNREGA was a monument to the failure of the Manmohan Singh government. He would give people real jobs, and not MGNREGA jobs. The MGNREGA programme’s size last year was three times what it was under UPA rule because crores of people have lost their jobs and fallen into poverty and now depend on MGNREGA and free foodgrains. The Gujarat government put out a statement last week which said that MGNREGA was a lifesaver.

Elsewhere, it has been a year since the clash in Ladakh. China has stopped its disengagement. This means India has to keep tens of thousands of troops in that area almost permanently.

China has also told us that it is demoting the level of talks, and now only area commanders will discuss specific issues rather than general disagreement. Our soldiers still cannot patrol in the Depsang Plain but the government has not acknowledged that or held a single press briefing on Ladakh since the crisis began a year ago. Opacity is the hallmark of dictatorships and not democracies, but this is the status of our national security.

India was supposed to be the Vaccine Guru and Vaccine Factory for the world. Instead, India has wrecked the world’s vaccination programme by stopping the delivery of vaccines others already paid for in advance and which were manufactured in India. Our government has begun taking over those stocks while the world waits. Even with that, India has only managed to fully vaccinate only three per cent of its population against the world’s average of nine per cent. Why? We have not been told.

Every day there is a report of excess deaths from states being between four and 10 times the official Covid-19 toll. India seems to lead the world by far in both cases and deaths. There has not been a government initiative to find out the true number of cases and deaths and the media continues to parrot the official numbers and at the same time publishing reports on the excess deaths. Mass faking of tests at the Kumbh Mela has been reported, and this is also par for the course.

At the G-7 summit earlier this month in Britain, Prime Minister Modi, who attended virtually, endorsed a document called the “Open Societies Statement” in which he pledged India would practice and promote human rights and civil liberties. At home, those who ask for these have been locked up under UAPA. The farmers’ protest continues with tens of thousands living on the highways outside Delhi. The three controversial farm laws have been suspended, but not withdrawn. Why? We do not know because Mr Modi has not spoken about the laws since they were suspended by the Supreme Court six months ago.

It doesn’t matter whether you are a supporter of Prime Minister Modi or an opponent or neutral. Anyone looking around the state that India finds itself in will find it hard to extract any good news and will find it difficult to be optimistic.