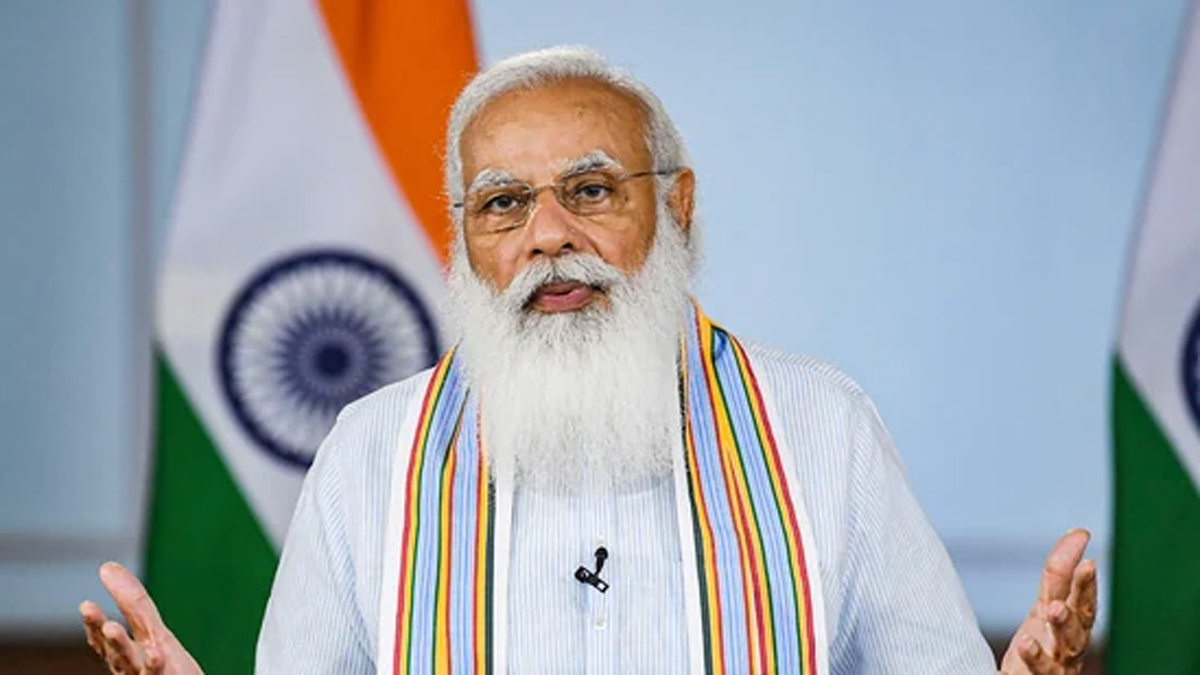 Manmohan to chair Cong meeting on talks today
NC continues interaction; Bhim, Sajjad announce participation
Sanjeev Pargal
JAMMU, June 21: Three Union Ministers will join Prime Minister Narendra Modi in the All Party Meeting (APM) on Jammu and Kashmir to be chaired by him at New Delhi on June 24 even as National Conference and Congress today continued consultations with their senior party leaders on participation in the meeting while National Panthers Party (NPP) supremo Prof Bhim Singh and People’s Conference chairman Sajjad Lone announced that they would join the dialogue.
Official sources told the Excelsior that Home Minister Amit Shah, Defence Minister Rajnath Singh and Union Minister of State in the Prime Minister’s Office (PMO) Dr Jitendra Singh would also represent the Central Government in the meeting to be chaired by the Prime Minister.
Senior Congress leaders including former Chief Minister Ghulam Nabi Azad, Incharge J&K Rajni Patil and PCC (I) chief GA Mir besides several former Ministers and party functionaries from the Union Territory met virtually this morning to discuss the invite for June 24 talks called by the Prime Minister.
PCC (I) chief GA Mir told the Excelsior that there was general demand of the Congress leaders that the talks should be “agenda-oriented” and not without any specific agenda as has been given out to them.
“We don’t know what is the agenda of talks? What issues they are going to discuss. We have demanded that the talks should be agenda-oriented,” Mir said.
Meanwhile, former Prime Minister Dr Manmohan Singh will chair a meeting of the senior Congress leaders from New Delhi and J&K virtually at 5 pm tomorrow to take call on the All Party Meeting (APM).
BJP president Ravinder Raina said he is meeting senior party leaders here tomorrow to chalk out a “counter-strategy” against Gupkar Alliance ahead of the All Party Meeting.
Raina along with two senior party leaders — former Deputy Chief Ministers Dr Nirmal Singh and Kavinder Gupta — are taking part in the scheduled meeting which will be the Prime Minister’s first interaction with all the political parties of Jammu and Kashmir since August 5, 2019 when the Central Government abrogated the State’s special status and bifurcated it into two UTs.
“We have convened an emergency meeting of all prominent party leaders at Trikuta Nagar party headquarters at 11 am tomorrow (Tuesday) to chalk out the counter-strategy against Gupkar Alliance (People’s Alliance for Gupkar Declaration PAGD which is meeting in Srinagar around the same time to discuss Centre’s invitation),” Raina said.
National Conference president Dr Farooq Abdullah continued his consultations with senior party leaders to elicit their view point on participation in June 24 talks.
Tomorrow, Dr Abdullah will meet the NC leaders from Ladakh, mainly Kargil district as the party has no major presence in Leh while the day after he will interact with nine party leaders from Jammu region in Srinagar. The NC is expected to announce its decision on whether to attend the meeting or not on June 23 after Farooq completes consultations with the senior leaders.
Indications are that the National Conference is likely to take part in the meeting.
Jammu and Kashmir National Panthers Party (JKNPP) founder Bhim Singh today said he is taking part in the scheduled All-Party Meeting.
Singh chaired a three-and-a-half hours long meeting of senior party leaders from 11 am to discuss the invitation extended by the Centre to him.
“I am leaving for Delhi on Wednesday after my party leaders from Jammu, Kashmir and Ladakh unanimously decided that we should accept the invitation and attend the meeting to seek restoration of full Statehood along with other rights as guaranteed by the Constitution which were taken away from us on August 5, 2019,” Singh said.
He said most of the leaders from different districts of Jammu, Kashmir and the Union Territory of Ladakh attended the meeting through virtual mode and “everyone was of the view that J&K and Ladakh should be united again”.
Appreciating the Prime Minister for inviting J&K parties for the meeting, he said the Panthers Party would represent both Jammu and Kashmir and Ladakh in true sense to seek return of peace, equity and equality for the local residents and will ask what needs to be done to save J&K from further death and destruction.
“We will press for holding of early Assembly elections,” he said, adding the party rejects the Delimitation Commission which is based on the 2011 census and will take up the issue during the meeting.
Peoples Conference chairman Sajjad Gani Lone today also chaired a meeting of the party leaders in the context of the All Party meeting called by the Prime Minister.
The meeting discussed in detail the overall political scenario and ground situation in Jammu and Kashmir besides emphasizing the need for the political class to play a constructive role vis-à-vis ending the prevalent logjam and finding durable and democratic solutions to all the challenges facing the people of Jammu and Kashmir.
The participants expressed their appreciation for the initiative of the Prime Minister and hoped that this engagement would evolve into something much bigger and facilitate return to democracy and empowerment of the people of J&K. The participants insisted that the chairman of the party should convey unequivocally the pain and suffering of the people of J&K.