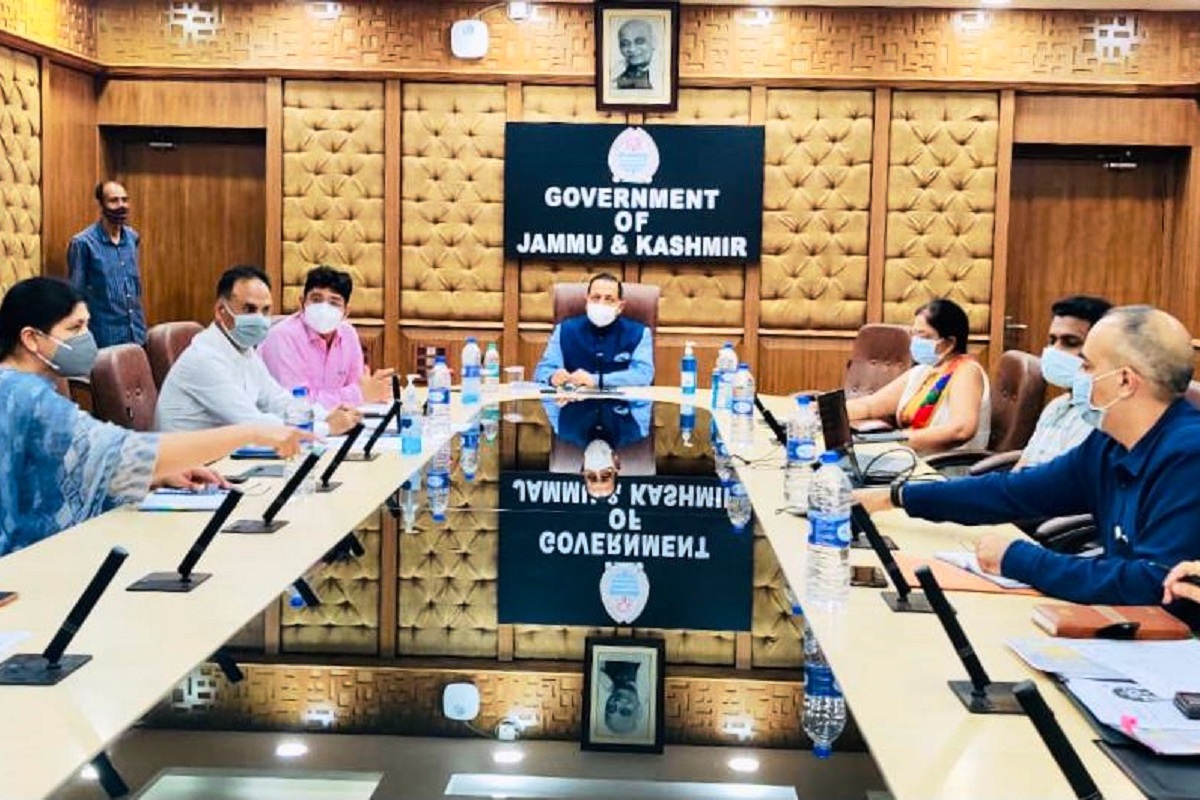 Union Minister Dr Jitendra Singh today reviewed the Vaccination drive with the Jammu & Kashmir government authorities at a nearly two-hour-long meeting held in the Civil Secretariat here to evaluate the Vaccination targets achieved in the Union Territory so far and to discuss the roadmap planned for the countrywide “Free Vaccine for All” campaign beginning from tomorrow across all the States and Union Territories.

A presentation was made during the meeting through which the Minister was informed that a target of over 76% vaccination has already been achieved in the Union Territory of Jammu & Kashmir and by June end, a target of 100% will be achieved for the age group of 45 plus and a target of around 50% for 18 to 45 age group by July end.

Following the impetus being introduced in the countrywide vaccination campaign from 21st June, the Minister was informed that by the 15th of July, over 30% of the age group of 18 to 45 years in the Union Territory of Jammu & Kashmir would have received the vaccination.

Dr Jitendra Singh called for making the Vaccination drive more hospitable and friendly by introducing separate waiting and holding zones and offering refreshments during the holding period of 30 minutes. He also asked for extending the drive-in vaccination facility at a large scale.

While briefing Dr Jitendra Singh about the current COVID management in the Union Territory, the officers present informed that every Panchayat in Jammu & Kashmir had been provided with at least one COVID Isolation Centre with 5 beds and also the availability of testing facilities. In addition, out of 20 districts of the Union Territory, 9 districts are in the Green Zone, 2 in the Orange Zone and 9 in the Yellow Zone.