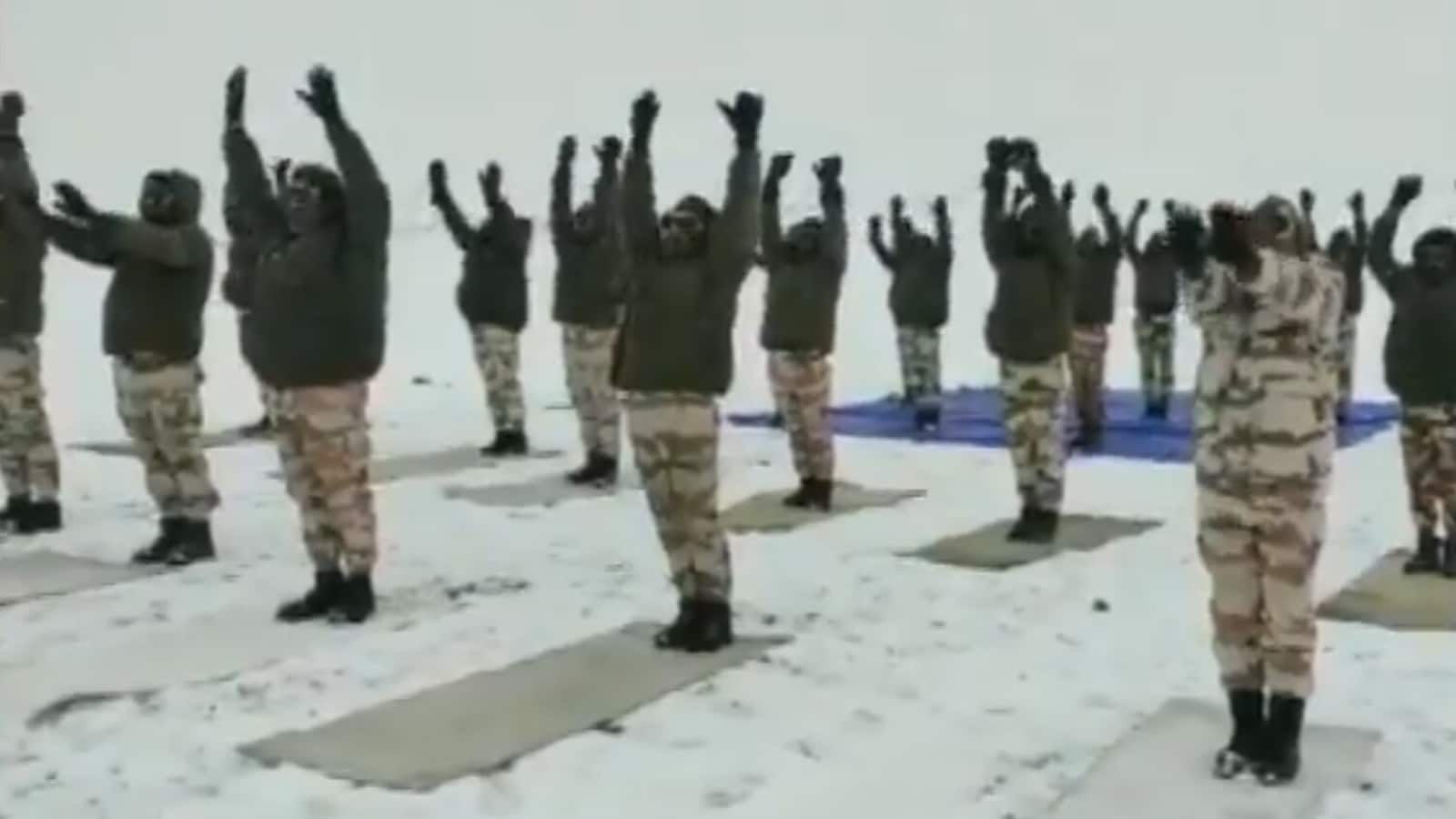 Security personnel of the Indo-Tibetan Border Police (ITBP) marked the International Day of Yoga 2021 by performing yoga at an altitude of 18,000 feet in Ladakh. A clip of the personnel celebrating the occasion, keeping in top shape, was posted by news agency ANI on Twitter from its official handle on the microblogging website. The day was marked across the world today i.e. on Monday, June 21, as people came together to observe the spiritual significance of the day. India showed the way, with Prime Minister Narendra Modi addressing the seventh edition of the Yoga Day lead event early this morning.

In the video posted by the news agency, around 20 personnel of the Indo-Tibetan Border Police can be seen stretching their feet, performing at least three different yoga asanas (postures) on their neatly laid yoga mats across the uniform sheet of snow, no more extensive than a mere white blanket. All this while, flakes continued to fall across the wintry landscape in the freezing cold of Ladakh.

The International Day of Yoga, being a global event of this scale sees participation across the world. Perhaps something notable about the way India champions the practice is part of the spirit of yoga itself, complete mastery over both body and mind. The way the event was celebrated in the country, and by extension, the world — from Ladakh to Karnataka, from Rajasthan to West Bengal, and from Delhi to New York’s Times Square, shows how yoga has permeated lives across the globe. Noting the success of the initiative, Prime Minister Narendra Modi on Monday said yoga became a source of inner strength for people and a medium to transform negativity to creativity amid the coronavirus pandemic.

This year, the theme of the International Day of Yoga was ‘Yoga For Wellness’, and the focus will be on practicing yoga for physical and mental well-being. International Yoga Day has been celebrated every year on June 21 since 2015.