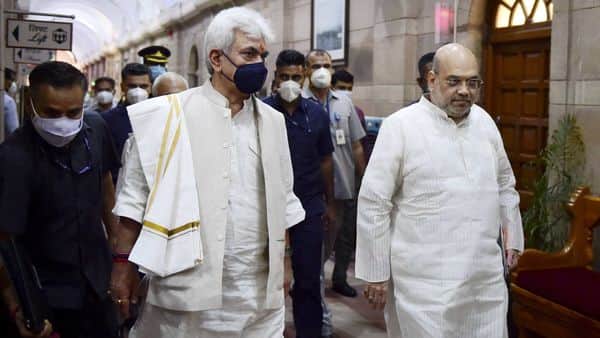 Ahead of a meeting called by Prime Minister Narendra Modi on Jammu and Kashmir, the Congress on Sunday said the Centre should accept the demand for restoration of statehood to J-K in the interest of the Constitution and democracy.

Congress chief spokesperson Randeep Surjewala, however, did not say whether the party will participate in the June 24 meeting or not.

Surjewala drew attention to the August 6, 2019 resolution of the Congress Working Committee (CWC) where the party clearly demanded the restoration of full statehood for the state of Jammu and Kashmir.

“We believe that undoing it is a direct attack on democracy and the constitutional principles,” he told reporters when asked about the issue.

His remarks came after invitations were sent out to 14 political leaders from Jammu and Kashmir, including four former chief ministers, for participation in a high-level meeting to be chaired by Prime Minister Modi at his residence here at 3 PM on June 24.

The meeting is expected to set the road map for holding assembly elections in Jammu and Kashmir.

Surjewala said the Congress believes that grant of full statehood to Jammu and Kashmir as also holding elections, so that people can elect their representatives and have an assembly of their own to carry on the affairs of the state instead of a rule by Delhi, is the only way forward to guarantee full restoration of democratic rights in Jammu and Kashmir.

“It is now for the prime minister and the BJP to decide whether to hold a meeting or to accept the demand of the Indian National Congress in the interest of constitution, democracy and the people to restore full statehood to the state of Jammu and Kashmir,” Surjewala said.

This will be the prime minister’s first interaction with all the political parties of Jammu and Kashmir since August 5, 2019 when the Centre scrapped J-K’s special status and divided it into two union territories. The erstwhile state has been under the Centre’s rule since November 2018.

The political affairs committee (PAC) of PDP has authorised party chief Mehbooba Mufti to take a call on the invitation of the Centre.

The People’s Alliance for Gupkar Declaration (PAGD), an amalgam of mainstream parties in J-K, will meet on Tuesday where the member parties will discuss the issue and take a final decision on whether to participate in the PM’s meeting.