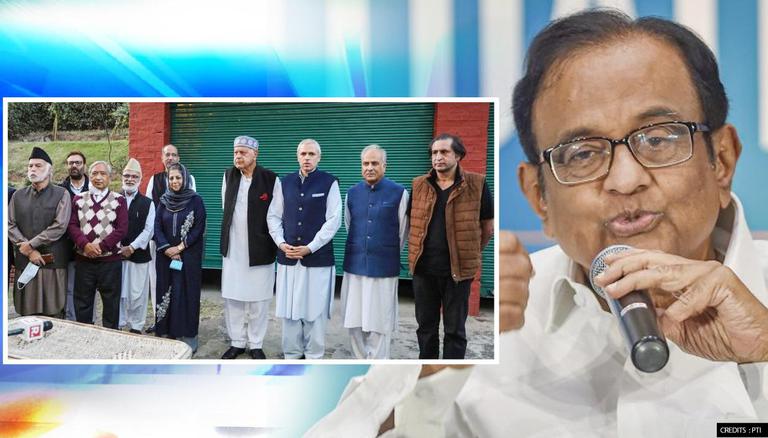 Speaking days ahead of the all-party meeting to be chaired by PM Modi, senior Congress leader P Chidambaram demanded the restoration of the status quo ante in Jammu and Kashmir. Without explicitly referring to Article 370, he stressed on Monday that the Congress party wanted J&K to get full statehood at the earliest. At this juncture, he recalled that the petitions challenging the constitutional validity of the Jammu and Kashmir Reorganisation Act, 2019, in the Supreme Court are still pending.

Writing on Twitter, Congress MP P Chidambaram stated, “J&K was a ‘state’ that signed an Instrument of Accession and acceded to India. It must enjoy that status forever. J&K is not a piece of ‘real estate’. J&K is ‘people’. Their rights and wishes must be respected.”

According to him, the Parliament had “misinterpreted” the provisions of the Constitution to enact the aforesaid law. Moreover, urged both the Lower House as well as the Upper House to repeal the “offending” laws in the monsoon session of Parliament. According to the former Union Minister, this would be the stepping stone for the “political resolution” of the Kashmir issue.

Congress Party’s position, reiterated yesterday, that full Statehood must be restored to J&K should clear any doubt or ambiguity

A Presidential notification combined with requisite legislation passed by both the House of Parliament in August 2019 led to Article 370 becoming virtually redundant. This implied that the special status of Jammu and Kashmir was scrapped. Furthermore, the region was bifurcated into the Union Territories of J&K and Ladakh. Thereafter, restrictions on the movement of people and communication were imposed in the state, which was gradually lifted over the months.

After leaders such as former Chief Ministers Farooq Abdullah, Omar Abdullah, and Mehbooba Mufti were released post months of detention, 6 political parties- NC, PDP, Congress, CPI(M), JKPC, and ANC joined hands to form the People’s Alliance for Gupkar Declaration in August 2020. The principle aim of this alliance is to strive for the restoration of Articles 370 and 35A and statehood. However, confusion persisted over whether Congress’ association with the alliance as the party leadership at the Central and State level differed over their political stance in J&K.

Post a barrage of criticism from BJP leaders, the Congress party decided to contest the District Development Council polls separately. While the PAGD emerged as the single-largest coalition with 110 seats, BJP too made inroads in the Union Territory by becoming the single-largest party with 75 seats. But, the opposition unity proved to be short-lived as the Sajad Lone-led party pulled out of the alliance on January 19.