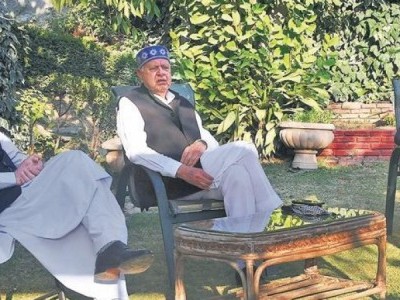 Srinagar/Jammu: The National Conference, PDP, Congress and the CPI(M) on Saturday said they will take a call on attending a meeting with the prime minister in Delhi after deliberations within their respective parties.

Fourteen leaders from Jammu and Kashmir have been invited to the meeting that will be chaired by Prime Minister Narendra Modi in New Delhi on June 24 to discuss the future course of action for the union territory.

The meeting — the first such exercise since the Centre announced the abrogation of Jammu and Kashmir’s special status and its bifurcation into union territories in August 2019 — is likely to be attended by Union Home Minister Amit Shah and other central leaders.

The PDP will hold a meeting on Sunday to discuss the invitation of the Centre to political parties of Jammu and Kashmir for talks, party president Mehbooba Mufti said on Saturday.

Mehbooba told PTI, “There is no clear-cut agenda about the talks with New Delhi. However, I have asked my party’s Political Affairs Committee (PAC) for a meeting to discuss the same.”

The last chief minister of the erstwhile state of Jammu and Kashmir, who had an alliance government with the BJP from 2016 to 2018, she said that the decision of whether to participate in the talks would be taken by the party.

“There is no agenda for the meeting but I was conveyed that the meeting is being called to review the general situation and how to take the political process forward. There is no clear-cut agenda,” Mehbooba said.

A National Conference (NC) leader told PTI, “The party president (Farooq Abdullah) received a phone call from Delhi today, inviting him for the meeting with the prime minister on June 24.”

He said the party will sit and discuss the invitation to the meeting over the course of the next couple of days.

“To participate or not in the meeting is a matter of discussion. The party leadership will sit soon and discuss the issue. But, at least, there is a realisation in Delhi now and this meeting is a good thing. Dialogue and democracy go hand to hand in Jammu and Kashmir,” he said.

The PAGD is an alliance of some parties in Jammu and Kashmir, including the NC and the PDP, that was formed in the aftermath of the Centre’s August 2019 decisions.

“The party shall take a view on the issue of participation in consultation with senior leadership in a couple of days,” Sharma said.

Earlier during the day, Mir said his party had yet not received any invitation from the Centre.

He, however, added such a step, if taken, was welcome as dialogue with stakeholders was the only way forward.

Another invitee, senior CPI(M) leader M Y Tarigami, said he would discuss the issue of the participation in the meeting with his party before taking a final call on it.

The CPI(M) leader, who is also the spokesman of the People’s Alliance for Gupkar Declaration (PAGD), said the meeting is scheduled at 3 pm on June 24.

According to officials, Union Home Secretary Ajay Bhalla reached out to these leaders to invite them to the meeting.

BJP Jammu and Kashmir unit president Raina said he is confident that all the leaders invited to the meeting will attend the “important” deliberation.

The meeting convened by the prime minister is in accordance with the wishes of heads of various political parties who have been seeking time from him and demanding such a meeting for a long time, he added.