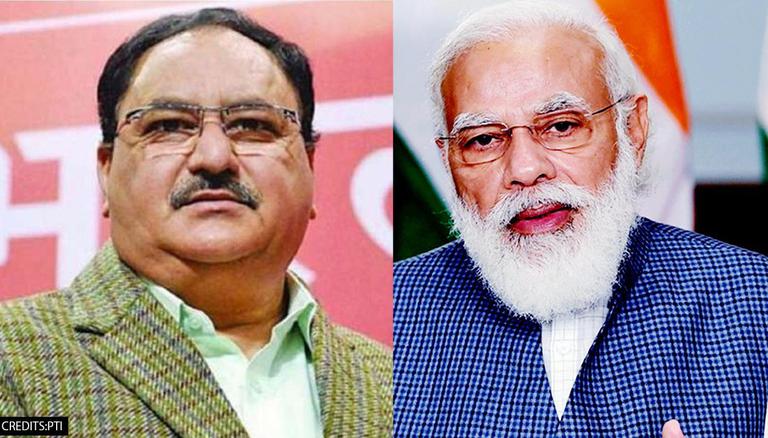 Party’s National President JP Nadda on June 20, while addressing senior party leaders on the occasion of completing 7 years as Central government, said that Abrogation of Article 370, Ram Temple construction in Ayodhya and implementation of Citizenship Amendment Act were among many accomplishments of Bharatiya Janata Party-led Central government.

Resolving the Bodo conflict and applauding various public welfare measures of PM Modi-led government, amid the ongoing COVID-19 pandemic, were at the core of the BJP chief’s address.

While addressing fellow members, including party ruled states CMs and Cabinet Ministers, Nadda recalled how during the initial days, Article 370 was a roadblock on the path of development for the people of Jammu-Kashmir and Ladakh.

“Our inspiration and the one who sacrificed his life for India’s integration and stood fearlessly for the abrogation of Article 370, Dr Syama Prasad Mookerjee had pointed this out. He had warned the then PM Nehru, on the adverse effects of the Article and how it would give rise to separatism, but Pandit Nehru refused to accept it. From the days of Jana Sangh and onwards, since the founding of BJP, we stood firm on the demand for the removal of Article 370 and continued our struggle against it,” Nadda told his party leaders.

He also told the leaders that all provisions of the Constitution of India were applied to the region of Jammu and Kashmir to successfully realise the vision given in the clarion call of Dr Mookerjee, “Ek Vidhan, Ek Nishan, Ek Pradhan”. Nadda also praised the Central government for abolishing Triple Talaq and mentioned Ram Mandir construction in Ayodhya and how BJP always stood for peaceful resolution of the dispute for decades.

BJP national president lauded PM Modi and his government for formulating policies to secure and defend the country by strengthening borders. He drew a comparison between the Congress’ National Democratic Alliance (NDA) initiatives too.

He told BJP leaders that the COVID-19 vaccine friendship initiative also yielded results amid the pandemic. He further described the ‘Atmanirbhar Bharat‘ as the most dynamic and vibrant governance and policy mantra.