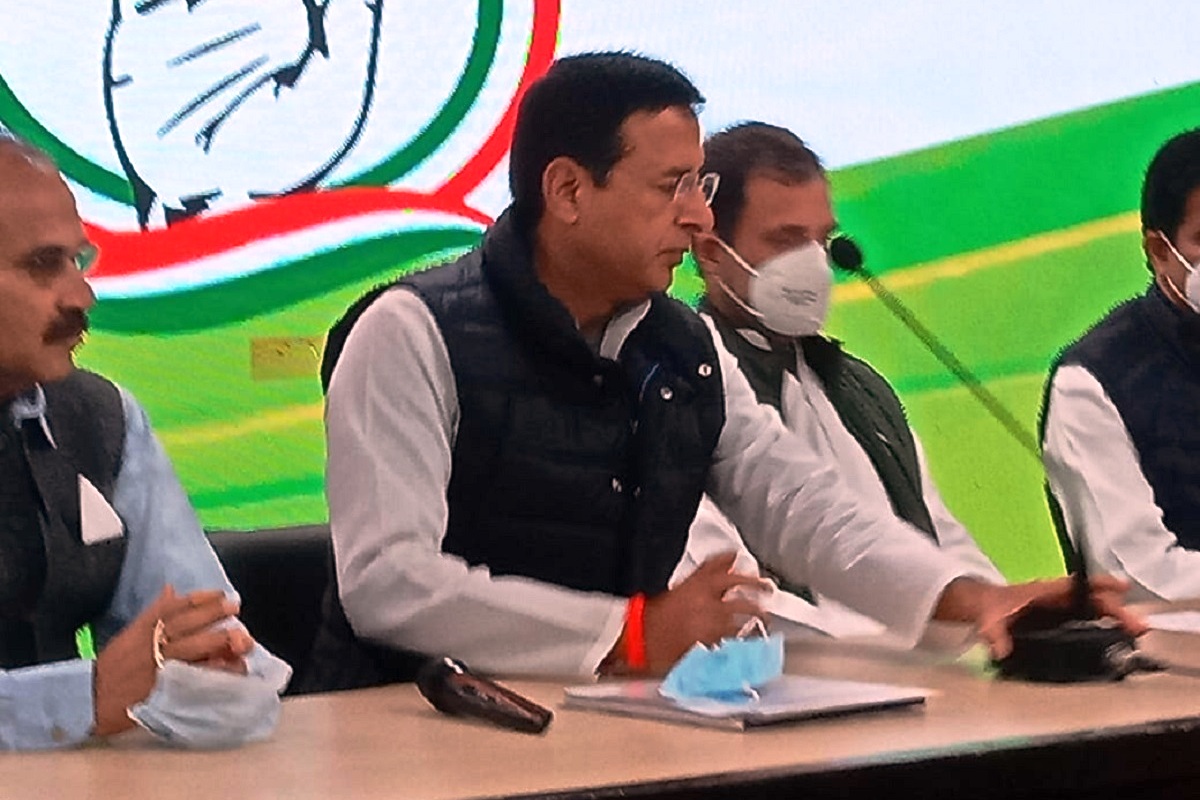 On the issue of Jammu and Kashmir, Congress on Sunday said that restoring full statehood and conducting assembly elections is a way forward to restore democracy.

The statement from the party has come ahead of Prime Minister Narendra Modi’s meeting on 24 June with the leaders of the mainstream parties from Jammu and Kashmir, the first one after the abrogation of Article 370 on August 5, 2019.

Randeep Singh Surjewala, the party general secretary, addressing a press conference here, said, “Let me draw your attention towards the Congress working committee resolution on August 6, 2019, whereby it clearly demanded the restoration of the statehood of Jammu and Kashmir. We believe that and undoing it is a direct attack on democracy and constitutional principles.

“Indian National Congress believes a grant of full statehood to Jammu and Kashmir as also holding elections so that people are able to elect their representatives instead of a rule by Delhi, is the only way forward to guarantee the full democratic right.”

“Now it’s for the prime minister and the BJP to decide whether to hold a meeting or to accept the demands of the Indian National Congress, the interest of the constitution and the people of the state,” he added.

The statement comes after Prime Minister Narendra Modi is expected to hold an all-party meeting on Jammu and Kashmir, a first such move since the abrogation of Article 370 from the region and bifurcation of the state into two Union Territories, sources said.

The meeting will be held in Delhi as the central government wanted to restart the democratic process in Jammu and Kashmir, added the sources.