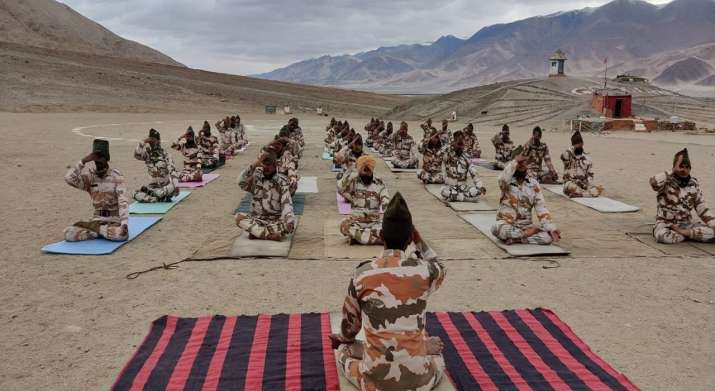 Similar to the previous years, the ITBP personnel performed Yoga on different high altitude border outposts in Ladakh ranging from 13,000 to 18,000 feet.

On the event, some ITBP personnel performed Yoga at 16,000 feet in Himachal Pradesh, 14,000 feet at the bank of Pangong Tso in Ladakh, at Animal Transport School in Arunachal Pradesh`s Lohitpur with horses and near Galwan valley in Ladakh on the Line of Actual Control (LAC) where as many as 20 Indian Army personnel had laid down their lives in the clashes with Chinese Army on June 15 last year.