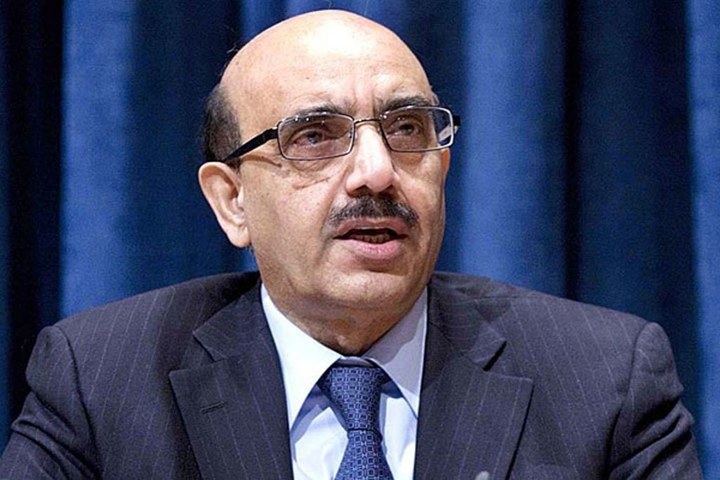 “Making peace with India at this juncture, while it relentlessly pursues the neo-fascist agenda in Occupied Kashmir, is like walking on eggshells. The clear answer should be, and is, that there would be no normalization at the expense of Kashmir,” he asserted. In a special article written for a national English language magazine, the Azad Kashmir President termed the restoration of the 2003 ceasefire arrangement between India and Pakistan along the LoC as a step in the right direction as it has saved lives and reduced tension, AJK President office said on Sunday.

However, he said, we should move with extreme caution when it comes to further steps and emphasized that India must reinstate Occupied Jammu and Kashmir’s disputed status in accordance with the UN resolutions and restore Kashmiris’ inherent rights recognized in Article 35-A of the Indian Constitution.

“Conventional wisdom and our long, bitter experience suggests that India will do neither. After all, it has grabbed IOJK with full military force to market it as a trophy to the hardline Hindu electorate before the next general election in 2024,” he maintained.

Saying that during post-August 2019, Pakistan had gained some international traction on Kashmir which had become an international issue for several months, the AJK President said and added that window was still open because of the gravity of the situation in IOJK. “India is feeling the pressure, which it wants to neutralize by a facade of engagement with Pakistan, which will produce no results. Pakistan should not surrender that space. Once the international dimension of the issue vanishes, it will be very difficult to revive it. We have seen this happening before,” he proposed.

Pakistan, he said, should seriously conduct a proper performance audit of previous rounds of talks on Kashmir before plunging into a new one. In the past, every incumbent leader in Pakistan had the illusion that he alone had the magic wand to tame or outwit the Indians. Let’s not repeat that mistake, he wrote.

Pakistan, he went on to say, has not been able to help Kashmiris militarily in the aftermath of August 2019, as a full-fledged war had been imposed in the occupied territory. What besieged Kashmiris have right now is the anger of the Pakistani nation on Indian atrocities and diplomatic outreach by the Pakistani state. These two supportive constructs in Pakistan’s policy should not be scuttled, he opined.

“We are confident that our capable diplomats and negotiators will not draw the curtain on their well-considered political strategy on Kashmir that impinges directly on Pakistan’s national security,” he wrote. President Khan stated that there is a double whammy in seeking peace with India without taking into account the repercussions of India’s scorched earth, colonial policy in IOJK. For one, India would misinterpret our quest for dialogue to the Kashmiris by telling them that Pakistan is deserting them. Kashmiris’ displaced anger directed towards Pakistan may run amok, serving India’s interest to drive a wedge between Pakistan and the people of Jammu and Kashmir.