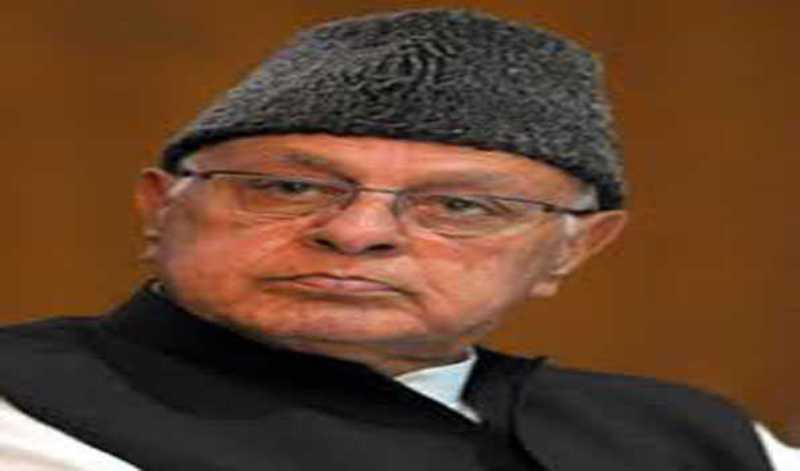 Srinagar/UNI: National Conference (NC) president Farooq Abdullah on Sunday started consultations with senior party leaders on the invitation by Centre to mainstream political parties in Jammu and Kashmir for a meeting which will be presided over by Prime Minister Narendra Modi at New Delhi on June 24.

“Dr Abdullah, who was invited as a former chief minister, will continue consultation with the party leaders, including those from Ladakh, till Monday before taking a final decision about the party’s participation in the meeting,” Provisional President of Kashmir Nasir Aslam Wani told reporters.

“Few senior leaders met with the party president today and discussed in details the invite of Dr Abdullah and Omar Abdullah to the all-party meeting called by Prime Minister Narendra Modi in New Delhi on June 24. Some more leaders will meet Dr Abdullah in the evening and on Monday morning,” Mr Wani said.

However, he said the NC has not so far called any ‘structured or organized meeting’ to take a decision over the issue. “So far no decision has been taken and we will be able to inform you about the further course of action by tomorrow evening,” he added.

When asked why other political parties have not been invited for the talks, Wani said he cannot comment on this as it is the host who has selected the invitees for the meeting.

Prime Minister Narendra Modi will chair a meeting of 14 leaders from eight political parties in J&K on June 24 to discuss the future course of action for the Union Territory.

The meeting by the Centre is the first such initiative since August 5, 2019, when the BJP-led NDA government abrogated Article 370 and Article 35 A, besides dividing Jammu and Kashmir into two Union Territories.