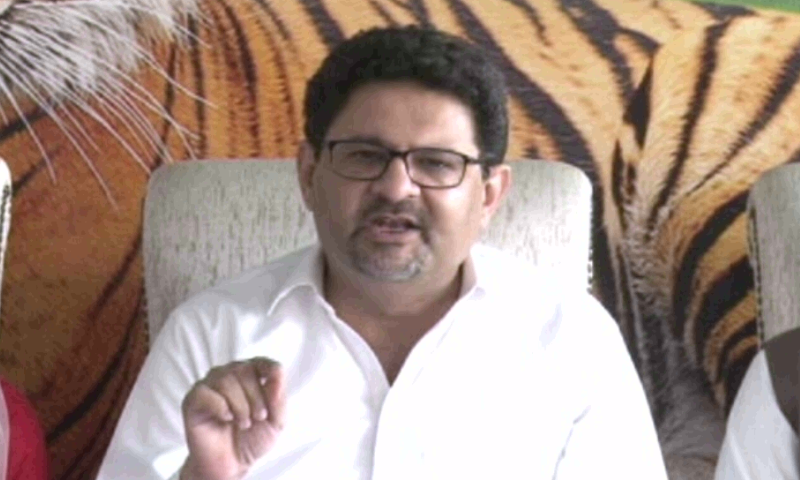 The government’s decision to grant powers to the Federal Board of Revenue commissioners to arrest citizens including businessmen was strongly opposed by Pakistan Muslim League-Nawaz leader and former finance minister Miftah Ismail on Sunday, who called it “unnecessary and a tool for harassment”.

Ismail during a press conference said the government’s tax policies had already burdened the business community, “and now the arrest powers to FBR will further shake the confidence of businessmen and it will pave way for harassment, which we are strongly opposed to.”

He also highlighted that the government had imposed a condition upon taxpayers to submit the total tax amount as “identified” by the FBR commissioner.

“Like, if the commissioner has asked a person his outstanding tax dues amount to Rs500 million, he first has to pay the entire amount before filing a review plea, which is totally unjust,” he said, adding that previously there was a condition to submit 10 per cent amount and avail the review option.

The PML-N leader said everyone knew once the money was deposited to FBR, it could not be reclaimed.

Ismail said such conditions would not increase revenue but would fuel anxiety among the business community.

The former finance minister said the FBR still had Rs700 billion in income tax refunds, which they had not yet been paid.

He said the government had fixed Rs 610bn for petroleum levy, and the current indicators showed that about Rs30.5 would be further increased in petroleum prices, which in turn may further lead to a hike in the price of basic edibles.

He said that the IMF programme for Pakistan was currently suspended, while the World Bank also withdrew its $600bn and the ADB also froze its payment. He added that Pakistan’s plan to get IMF funding restored through US talks was unfeasible and may have repercussions.

He also criticised the government for “failing to meet IMF targets in the last two years.” He said the G20 granted Pakistan a $2bn exemption, but the government couldn’t make the most of it.

Earlier this week, Finance Minister Shaukat Tarin had agreed to amend the clauses pertaining to the arrest of tax evaders in the finance bill.

While giving the briefing to the Senate Standing committee on Finance and Revenue on budget proposals, the Finance Minister said that the finance bill will be amended and the arrest clause will be changed.

“Those who do not appear in the tax net will be arrested but after the approval of a three-member committee comprising the finance minister, special assistant finance minister and chairman FBR,” he added.

The finance minister requested the Senate committee to prepare amendments, adding that he has also asked the law minister to make changes in the bill in this regard.

He also informed the members that FBR was barred from sending notices. The third-party will not only send notices but also conduct the audit to taxpayers.

The finance minister said that the IMF had imposed very strict conditions in this loan program. The government on the instruction of lending organisations enhanced the policy rate to 13.25 per cent which increased the interest on loans from Rs1,300 billion to Rs2,900 billion besides, devaluing the rupee.

He also said that the government on the instructions of the IMF raised the electricity and gas prices, which not only pushed up inflation but also affected the industry.

“The IMF’s aim was to slow down the economy so that imports could be reduced due to which growth slowed to 2.1 per cent,” the minister added.

He said that there is a sale of Rs100 trillion at the retail level but we only collect Rs650 billion tax.

We will install point-of-sale machines at the retail level and this would be linked to FBR, he further added that the government will also give reward to those consumers who will compel outlets for computerised receipts.

The finance minister said that the government will give tax relief to the ex-FATA and PATA area people till 2023 as they have badly suffered from the war on terror. The case of Azad Kashmir is different and we will not make changes there.

Senator Sadia Abbasi said that the ground realities are different. The biggest issue is unemployment and the government will have to pay heed to this matter.

Senator Faisal Sabzwari said that the tax on the agricultural sector should be increased.

The Finance Minister in response to the questions of the members said that two provinces suggested to FBR to collect agriculture tax. The federal government can collect Rs 60 to 70 billion tax from the agricultural sector.

Meanwhile, the Federation of Pakistan Chambers of Commerce and Industry (FPCCI) said that giving the powers to the FBR to raid offices of traders will eventually turn the tax collection body into a mini NAB.

He was talking to a group belonging to the business community of the Potohar region along with Abdul Rehman Mirza, head of the FPCCI Capital office.

Haji Qurban said that there were serious differences and a lack of trust between the business community and the institutes like FBR.

“But giving powers based on only doubt will make the FBR act like police departments – who do have any respect and trust in the society,” Haji Qurban added.