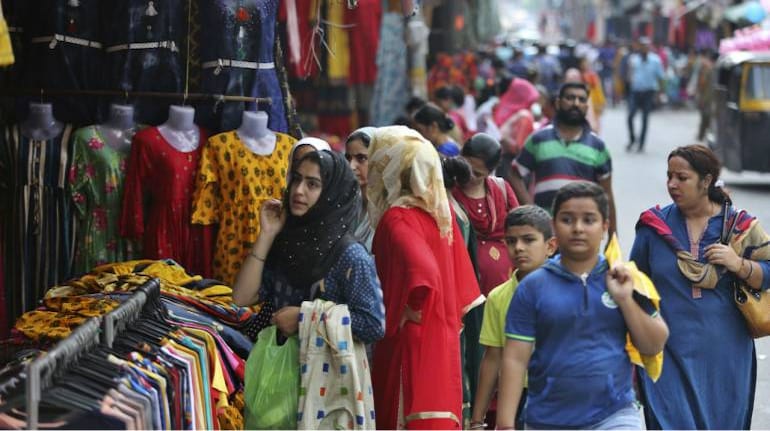 Prime Minister Narendra Modi is expected to hold an all-party meeting on Jammu and Kashmir on June 24 in what is seen as a first such political engagement since the Centre stripped the region of its status guaranteed by Article 370 and divided the erstwhile state into two Union Territories- Jammu & Kashmir and Ladakh.

The development has raised hopes of assembly elections in the UT that has been under Centre’s rule since 2018. Some reports said that the Centre might consider restoring J&K’s statehood as well.

But before any assembly polls, the ongoing delimitation exercise- the process of carving out parliamentary and assembly seats- has to be completed.

MoneyControl explains what is delimitation process, why it has been delayed in Jammu and Kashmir and how the regional political parties supported or opposed it:

What is delimitation and why is it needed?

The word delimitation is defined as “the act or process of fixing limits or boundaries of territorial constituencies in a country or a province having a legislative body,” according to the Election Commission.

The exercise of redrawing the boundaries of Lok Sabha and Assembly seats in a region is known as delimitation. In the process, the number of seats allocated to states in Lok Sabha or in the Legislative Assembly may also change. The idea is to have equal representation to equal segments of the population and ensure a fair division of geographical areas so that all political parties or candidates contesting elections have a level playing field in terms of a number of voters.

This exercise also reserves Assembly seats for Scheduled Castes (SCs) and Scheduled Tribes (STs) in accordance with the Constitution.

Usually, the exercise is carried out every few years after Census to ensure that each seat has approximately an equal number of voters. The Parliament enacts a Delimitation Act under Article 82 of the Constitution and an independent high-powered panel known as the Delimitation Commission is constituted to carry out the exercise.

But after the abrogation of Article 370 on August 5, 2019, Jammu and Kashmir lost its special status and became a Union Territory. A delimitation commission was constituted and asked to carve out Assembly and Parliament seats.

Jammu and Kashmir has been under Centre’s rule since June 19, 2018, following the collapse of the coalition government headed by Mehbooba Mufti after the Bhartiya Janata Party (BJP) withdrew its support.

The current effective strength of the Jammu and Kashmir Assembly is 87, including four seats falling in the Ladakh region – now be a separate UT without a legislature. Twenty-four seats of the Assembly continue to remain vacant as they fall under Pakistan-occupied Kashmir (PoK).

Jammu and Kashmir will have an Assembly with a maximum strength of 107 seats which will be further enhanced to 114 after a delimitation exercise, according to the J-K Reorganisation Bill, 2019, introduced in Parliament in August 2019 by Home Minister Amit Shah.

The delimitation commission, headed by Justice (retired) Ranjana Prakash Desai and comprising two other members was set up in February-March 2020 to redraw Assembly and parliamentary constituencies of Jammu and Kashmir and four north-eastern states- Assam, Manipur, Arunachal Pradesh and Nagaland. The Commission was given a year’s extension in March.

It will be only after the completion of the delimitation exercise that elections for the Assembly can be held, although District Development Council (DDC) polls were held last year based on the 2011 census.

The Commission, according to reports in local media, has written to the districts commissions of the UT seeking basic demographic, topographic information as well as the local administration’s impressions of political aspirations of the district.

Until very recently, the regional parties, including National Conference (NC) and the Peoples Democratic Party (PDP)- the two biggest parties in the UT- had vehemently opposed the exercise. The Commission had called for a meeting in February 2021, where only two of its five associate members– Union Minister Jitendra Singh and Member of Parliament Jugal Kishore attended. The other members such as National Conference leaders Dr Farooq Abdullah and Members of Parliament Hasnain Masoodi and Mohammad Akbar Lone did not attend.

Former Chief Minister and PDP president Mehbooba had in February alleged that the Centre was “railroading” delimitation in Jammu and Kashmir with a “tearing hurry”, raising serious apprehensions about the motives of the exercise.

But the National Conference has now softened its stand and said it may take part in the delimitation exercise.

What does it mean for J&K?

The first consequence of the completion of delimitation exercise would be the restoration of the political process and eventually holding assembly polls in the UT which has been under Centre’s rule since June 2018.

More importantly, the delimitation of constituencies in J&K has been one of the many points on the agenda of the BJP and the RSS for a long time. The idea is to have more seats in the Jammu division for ‘better’ governance as it will bring the region at par with the Muslim-dominated Kashmir region. Many reports have suggested that the BJP and the RSS want to ensure that Jammu gets equal representation to Kashmir and thus the Kashmir valley no longer dominates or controls the political scenario. Source