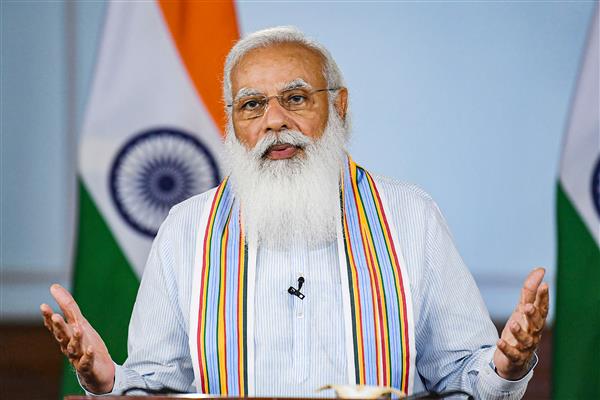 Ahead of the upcoming J&K political outreach by Prime Minister Naarendra Modi, Jammu parties are accusing the Centre of “ignoring the Jammu leadership” in the proposed all-party meeting. Newbie IkkJutt Jammu on Sunday accused the Centre of “conspiring to permanently enslave Jammu by resurrecting Kashmiri Islamist hegemony”.

Party president Ankur Sharma said the BJP-led Centre has invited Kashmir parties that are “not even registered”, claiming that it was adopting “Nehruvian approach in dealing with political matters of the UT”.

Questioning the list of attendees for the forthcoming all-party meeting Sharma said voters while giving 303 seats to the BJP in the 2019 Lok Sabha elections, were clear regarding “separatists and pseudo-separatist political mainstream of Kashmir”.

“But after taking a historic decision of abrogating Article 370, the BJP’s eagerness to reverse the gains of the action are baffling,” said Sharma.

Accusing the government of “deliberately choosing to ignore nationalist, rooted and saner voices of Jammu province”, Sharma said the Prime Minister has “chosen to sit and talk with subversives, pro-separatists, individuals accused of facilitating terror activities and proclaimed Pakistani flanks”.

“This subversive conduct of the Union Government as its age-old practice of treating Jammu as a blind spot, a problem area, a buffer to absorb Jihadi shocks within J&K. The Government is going to talk exclusively with Islamists of Kashmir disguised as mainstream political actors on the future of Jammu and Kashmir. For the Centre, Jammu does not exist.

“The sheer arrogance displayed by PMO in not inviting various political voices across the Jammu spectrum, including IkkJutt Jammu, speaks volumes about the BJP’s eagerness in forging an alliance with Kashmir-based leadership before elections are announced in Jammu & Kashmir,” Sharma alleged, calling it a clear indication that it will see “another Islamist CM from Kashmir in near future amid false narrative being built by the local BJP unit for a Jammu’s CM”.

Meanwhile, the party has passed a resolution for further intensifying campaign for separate statehood for Jammu and division of Kashmir into two UTs, “one exclusively for Hindus of Kashmir who suffered worst genocide in the 1990s”.