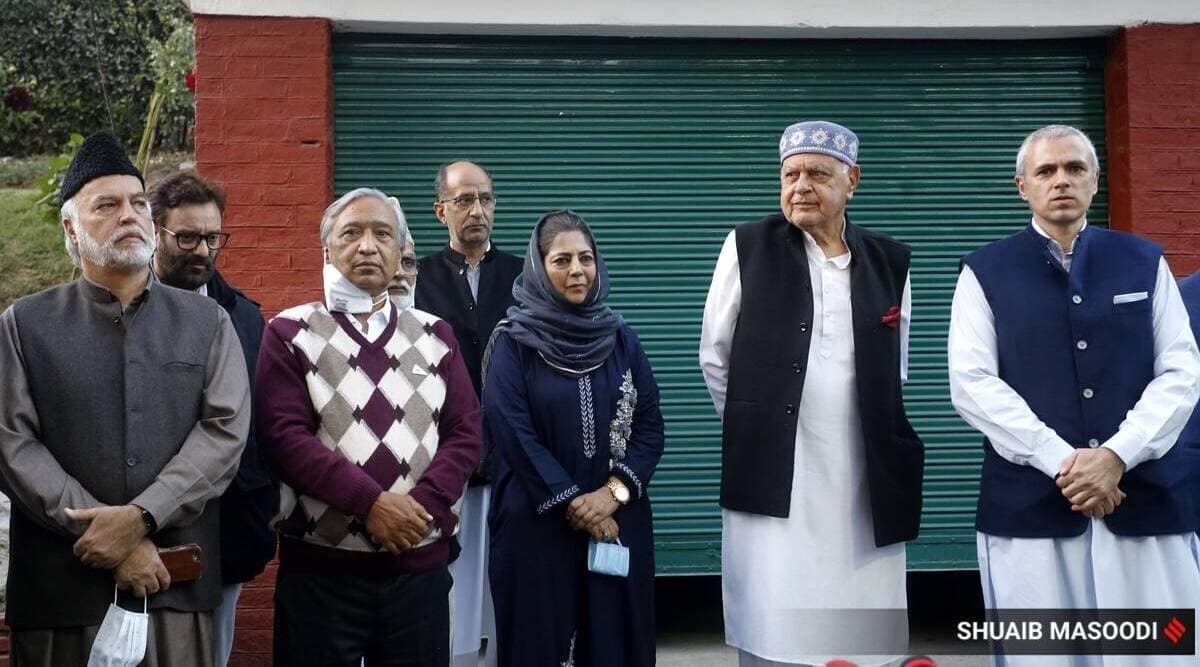 A dat after Mehbooba Mufti of the PDP told The Indian Express that she was invited for an all-party meeting on June 24, leaders of other key parties in the Valley — Farooq Abdullah and Omar Abdullah of National Conference, Sajad Lone and Muzaffer Hussain Beigh of People’s Conference, M Y Tarigami of the CPM and G A Mir and Ghulam Nabi Azad of the Congress, and Altaf Bukhari of the J K Apni Party — received a call from the Central government to discuss the “political scenario in Jammu and Kashmir”.

Sources in Srinagar said the constituents of the People’s Alliance for Gupkar Declaration (PAGD) are likely to meet before the PM’s meeting in Delhi on Thursday. The parties are likely to discuss their participation and other issues amongst their leadership separately over the next two-three days.

The leaders from Jammu who have been invited for the meeting are Nirmal Singh, Ravender Raina, Bhim Singh, Kavinder Gupta and Tara Chand.

Significantly, a day before the meeting of the Political Affairs Committee (PAC) of the People’s Democratic Party, the J&K Police Saturday released from detention senior leader and Mehbooba Mufti’s uncle Sartaj Madni. He was detained for the second time since constitutional changes to J&K’s status were approved on August 5, 2019, and was kept at the MLA Hostel in Srinagar.

Expressing relief on his release, Mehbooba said in a tweet, “Its high time that GOI releases political prisoners & other detainees rotting in jails in & outside J&K. A raging pandemic should’ve been reason enough to free them.”

The PAC will meet Sunday to discuss the party’s participation and the future course of action on its engagement with New Delhi. Party spokesperson Suhail Bukhari said the PAC will take a call on attending the PM’s meeting as well as the future course of action. “Party President has received a phone call from Delhi but we are yet to receive any formal invitation. We will discuss this in the meeting on Sunday,” he said.

CPI-M leader in Jammu and Kashmir MY Tarigami told The Indian Express he received a call from the Union Home Secretary to attend a meeting “convened by the PM at 3 pm on June 24th.” He said he was told that “the Prime Minister wants to discuss the political scenario of J&K with the political leadership.”

The move is a renewed push to the political process in the Union Territory of J&K after the District Development Council elections and could mark the first steps towards conducting Assembly elections. Mehbooba Mufti was also the last Chief Minister of the state before it was split into two Union Territories — Jammu & Kashmir and Ladakh.

The delimitation exercise or the process of redrawing constituencies in the Union Territory is likely to be discussed on June 24. On June 3, the office of the Joint Chief Electoral Officer wrote to Deputy Commissioners in all 20 districts of the UT asking for details on intra-district demographic distribution, distribution of administrative units, pockets of high and low density population, migratory population etc. The letter also asked DCs to send information on “political aspirations of people in the district vis-a-vis constituencies.”

The details have been sent to the office on June 5. The Commission, set up last March, was given a year’s extension in March this year.

The state unit of Congress said that its President GA Mir received the call from the Union Home Secretary on Saturday afternoon.

Mir said the national leadership of the country needs to be involved in an “open hearted dialogue” and that as a national party, Congress will provide a national perspective.