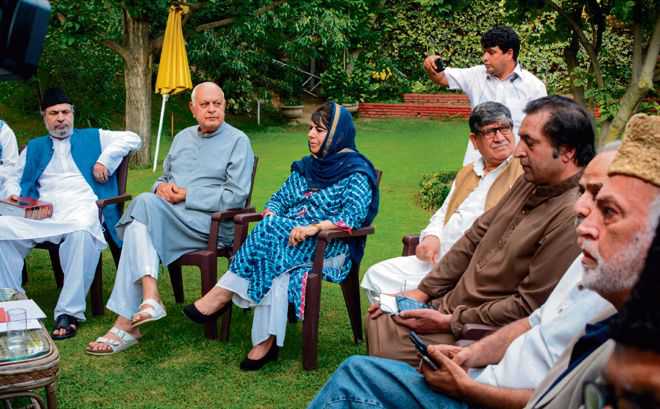 The Centre today formally invited 14 political leaders of J&K, including four former CMs, for an all-party meeting to be chaired by PM Narendra Modi at his official residence here on June 24. The meeting is expected to chalk out a roadmap for the Assembly elections. National Conference, PDP, BJP, Congress, Apni Party, CPI(M), People’s Conference and National Panthers Party leaders were telephonically invited by Union Home Secretary Ajay Bhalla, sources said. The interaction would be the first of its kind since August 5, 2019, when the Centre abrogated special status accorded to the erstwhile state of J&K and it was split into two UTs.

Among those invited are former CMs Farooq Abdullah and his son Omar Abdullah (NC), senior Congress leader Ghulam Nabi Azad and PDP chief Mehbooba Mufti. To prepare the ground for amiable talks, PDP leader Sartaj Madni, who was in detention, has been released. The sources said, prior to the all-party meeting, the Centre had constituted a committee comprising the Union Home Minister, J&K Lieutenant-Governor, Union Home Secretary and other senior MHA officials to work out a report on issues to be taken up for discussion.