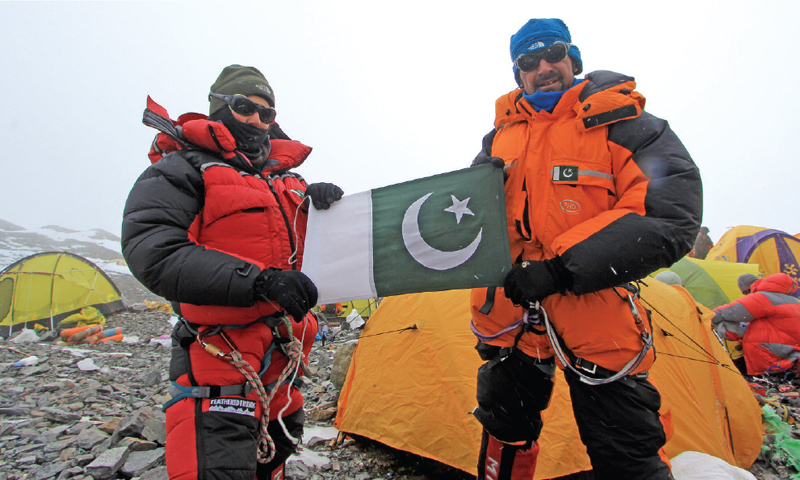 They started their trek to the K2 base camp from Shigar.

Talking to mediapersons in Shigar before starting the trek, Ms Baig, whose expedition has been sponsored by Special Communication Organisation (SCO), said she along with five local high altitude guides had started the expedition themed ‘K2 dream expedition 2021’.

She said they would spend two months at K2 to complete the mission, adding the objective of the summit was raising awareness about women empowerment and climate change, and provide opportunities to local climbers to scale high peaks.

Ms Baig said K2 summit was her dream, and asked for prayers for the successful summit.

She will be first Pakistani if she is able to climb K2.

Remembering Ali Sadpara, she said: “He [Sadpara] was one of the most amazing climbers in Pakistan and a great human being,” she recalled.

Meanwhile, another Joint Pakistan-International Broad Peak and K2 Expedition also departed for the K2 base camp from Shigar.

Famous mountaineer Mirza Ali, who scaled Everest in 2019, and also the brother of Samina Baig, is leading both the expeditions.

Talking to Dawn, Mr Ali said the expedition consisted of 13 international climbers from UAE, Qatar, Spain, Austria, Greece, UK, USA and Finland, and 24 local mountaineers from Shimshal, Sadpara, Hushe and Arandu. He said the expedition is expected to complete its mission by August 8.