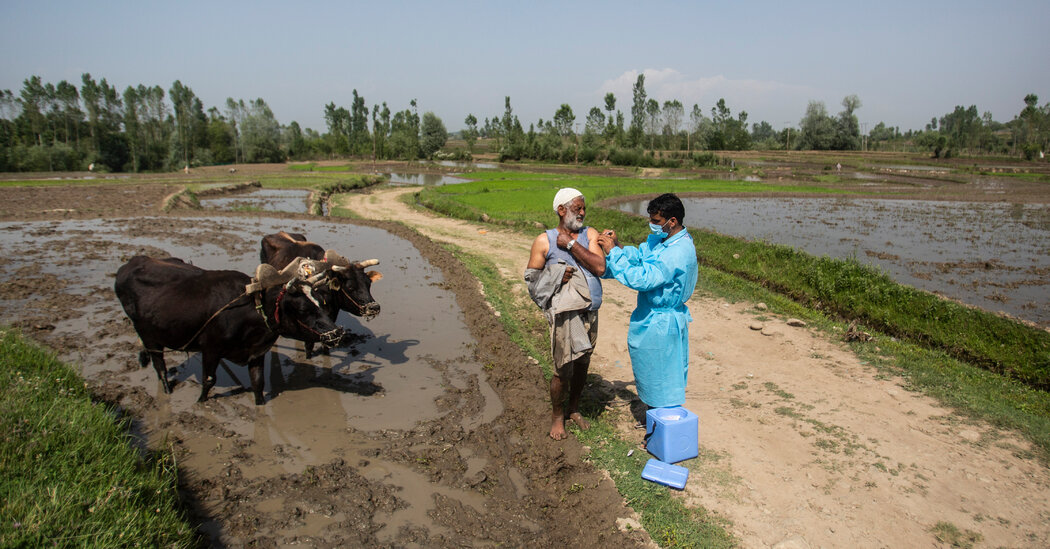 SRINAGAR, Kashmir — As the Indian government struggles to expand a Covid-19 vaccination program dogged by shortages and bureaucratic missteps, its health workers in Kashmir are facing another challenge: attacks by residents.

In recent weeks, health workers in the Indian-controlled part of the region have reportedly been attacked multiple times for taking videos of vaccinations, including inside people’s homes. Many Kashmiris said that they did not want to be filmed because appearing in videos could indicate support for the Indian government and its policies.

Kashmir, a largely Muslim region of about eight million people, is claimed by both India and Pakistan, and many people in the restive part controlled by India have become disillusioned and angry toward the Hindu-controlled government in Delhi.

The Indian authorities have kept Kashmir under strict lockdown for much of the past two years, starting in August 2019 when the government revoked its semiautonomous status, and more recently because of the coronavirus.

The attacks, fueled by deep distrust of India’s policies, have threatened the vaccination campaign.

“It is as if they are not coming to vaccinate people, but to do P.R. for India,” said Imad Ahmad Reshi, a college student in the northern Kashmir town of Baramulla. He noted that the Indian government had previously blocked internet access in the region and had filed terrorism charges against Kashmiris for critical social media posts.

“Then they upload these videos and pictures on the same social media,” he added. “Everyone wants to get vaccinated, but why film it?”

India’s clampdown has disrupted daily life, with tourism and agriculture, the mainstays of Kashmir’s economy, taking a huge hit. Across the Kashmir Valley, roads are blocked with coils of glistening concertina wire.

Residents said that rumors on social media claimed that the Indian government was using images of vaccinations for “propaganda purposes.” Misinformation that the vaccines cause impotence also began to spread.

In one video captured by a vaccination team, a Kashmiri woman is heard telling a health worker that her husband would not get the vaccine. “Why are you shooting the video?” she asked. “Don’t take the video.”

As India tries to emerge from a devastating second wave of the coronavirus, officials say that they have vaccinated about 1.9 million people in Kashmir. Dr. Mir Mushtaq, an official with the health department of Kashmir, acknowledged that some health workers had taken videos and said that they had been instructed not to do so from now on.

But he said that most residents supported the vaccination campaign.

“We have ordered that no one should take videos or upload them on social media,” he said. “These are isolated incidents, and we have advised our people they should be sensitive to rights and privacy of the people.”