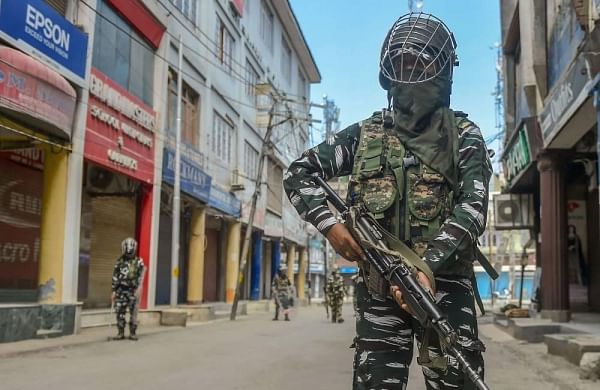 SRINAGAR: An unidentified militant was killed in an encounter with security forces in Nowgam area of Jammu and Kashmir’s Srinagar on Wednesday, police said.

Security forces launched a cordon and search operation in Nowgam’s Wagoora late on Tuesday night following information about the presence of militants there, a police official said.

The search operation turned into an encounter in which one militant was killed.

The identity and group affiliation of the slain militant are being ascertained, he said.

Search operations are underway in the area as security forces had received information about the presence of two militants, the official said.