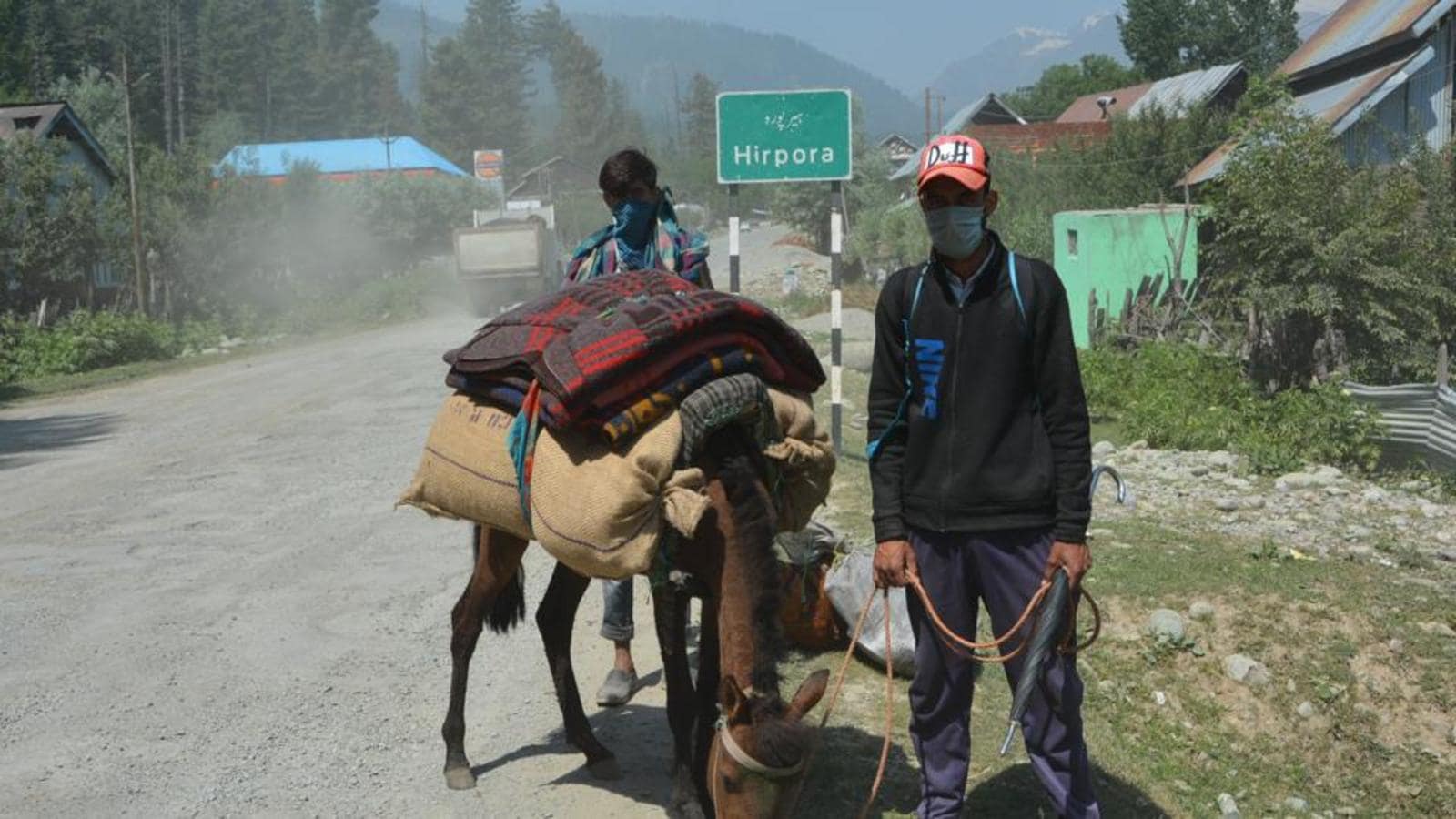 Hirpora village in south Kashmir’s Shopian district, which was a Covid-19 hotspot when the first wave of coronavirus infections struck Jammu and Kashmir, has emerged unscathed in the second and more devastating wave of the pandemic, a health official said on Thursday.

“Last year it was a hotspot but this year, we only had a few occasional cases as people took precautions and followed all the SOPs (standard operating procedures) to prevent Covid-19 from the very beginning. They wore masks, maintained social distance and used good hand hygiene,” said chief medical officer, Shopian, Dr Arshid Hussain Tak.

On its part, the administration also carried out intensive vaccination campaigns for the 45+ age group in the hilly village on the Mughal Road that connects Poonch and Rajouri districts of Jammu division with Shopian in south Kashmir.

Hirpora village, some 65-odd km from summer capital Srinagar, is home to about 3,000 people, most of them fruit farmers and small-time shopkeepers.

As compared to the 110 positive cases reported from the village last year when it was classified as a Red Zone, Tak said this year, the village had reported only 12 cases. Most of the people who tested positive this year were travellers who were tested by the authorities as part of what it describes as its aggressive testing campaign.

“Currently we have no positive cases in the village despite our aggressive testing campaign. It is on Mughal Road and all the passengers passing through the area into Kashmir are tested. Passengers may test positive but not the villagers,” he said.

“We are the first in the union territory to have 100 percent completion of vaccination of people above the 45 years age group. Our positivity rate in the second wave is now less than 3% while mortality rate is 0.1 percent,” he said.

Shopian was the first Kashmir district to vaccinate 100 percent of its population who are 45 years and above with the first dose. It is the least affected district out of the 10 districts of Kashmir valley in terms of Covid-19 cases and fatalities.

Overall, the district has recorded 5,466 coronavirus cases and 57 deaths till June 09. It has the second lowest active cases of 569 after Bandipora district.