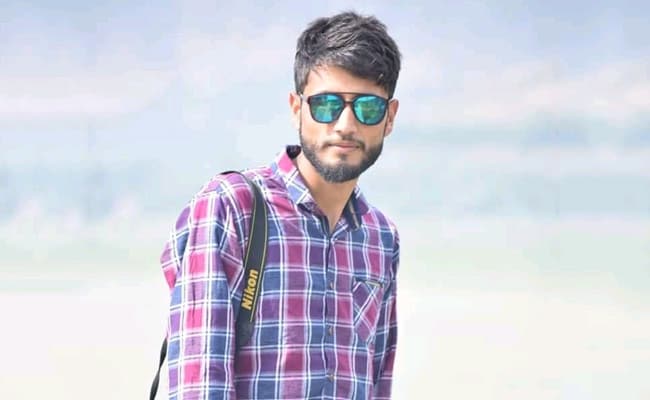 Sajid Raina, 23, has been charged with disturbing peace and attempt to cause fear and riots.

A WhatsApp status to mark the 15th death anniversary of 20 school children in Jammu and Kashmir has landed a reporter in trouble. Sajid Raina, a young reporter with a local news agency in Bandipore district, has been charged with disturbing peace and attempt to cause fear and riots after he put out a screenshot of children who drowned after a boat overturned in Wular lake in 2006.

“I begged police to withdraw the case against me. It was just a WhatsApp status to remember of 20 children who died in the boat capsize… For this post, they have filed an FIR (First Information Report) against me, said Mr Raina.

The police have defended the filing of the FIR against the 23-year-old reporter, but claimed that the case is not against journalists.

“An FIR has been lodged in police station Bandipora vide FIR no 84/2021 against one person namely Sajid Raina for his WhatsApp status on 30-05-2021, which attracts investigation into the contents and intention behind it, the police tweeted on June 4.

Since August 2019, when Jammu and Kashmir’s special status was ended and the region was placed under tight security, journalists have been facing police cases, intimidation and assaults.

Mr Raina said he was called for questioning twice after the filing of the case. He had deleted the post to save himself from the police case.

“SSP ( Senior Superintendent of Police) Bandipora has assured me that the case will be withdrawn. I’m sure the police will do me justice and withdraw this FIR. They should think about my future and my profession,” said Mr Raina.

The police have been maintaining a strict surveillance on social media in Kashmir. Cases are being filed regularly over social media posts which the police believe are intended to disturb peace.

In the last two years, over a dozen journalists have either beencharged with cases or called for questioning by the police.