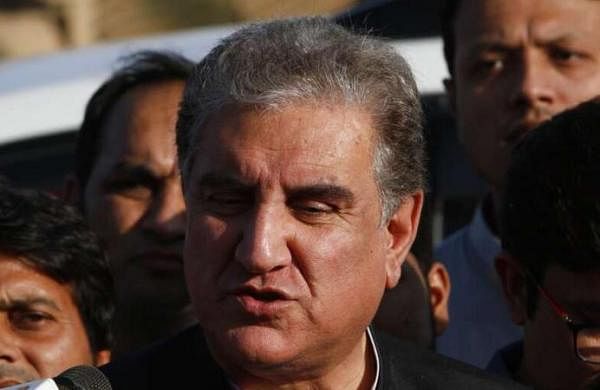 ISLAMABAD: Foreign Minister Shah Mahmood Qureshi on Saturday announced to convene a meeting of the foreign ministers of Muslim nations in Islamabad next year to highlight the issue of Kashmir and get their support.

He was addressing a gathering of political workers of his Pakistan Tehreek-i-Insaf party in his home town of Multan.

“If God grants me time, then in March 2022 I will invite the foreign ministers of the Islamic world to Islamabad and try to rally them on the Kashmir issue,” he said.

India has repeatedly said Jammu and Kashmir is an integral part of India and the country is capable of solving its own problems.

India has told Pakistan that it desires normal neighbourly relations with Islamabad in an environment free of terror, hostility and violence.

India has said the onus is on Pakistan to create an environment free of terror and hostility.

Qureshi also warned Afghan leaders to stop issuing insulting statements against Pakistan otherwise the country would stop even talking to them.

He took strong exception to the remarks of Afghan National Security Advisor who had called Pakistan a brothel house.