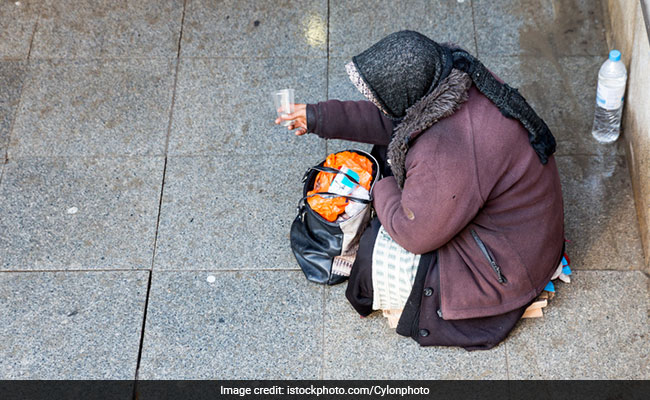 The money would be handed over to its rightful owner on Wednesday, police said. (Representational)

A 65-year-old beggar turned out to be the owner of over Rs 2.58 lakh shortly after she was shifted to a shelter home for better facilities in Rajouri district of Jammu and Kashmir, a senior government official said on Tuesday.

The unidentified beggar, who was seen roaming the streets of bus stand and adjoining areas over the past three decades, was shifted to a shelter home meant for the homeless to provide them better living on Monday, Additional Deputy Commissioner, Nowshera, Sukhdev Singh Samyal told PTI.

He said a party of the Municipal Committee was deputed Tuesday morning to clear her ragged temporary shelter outside a veterinary hospital but they were surprised to find three plastic boxes containing notes of various denominations covered tightly in polythene and a jute bag full of coins.

As soon as the information was shared, I immediately deputed a police party along with a magistrate. After hectic efforts of several hours, the counting revealed a total amount of Rs 2,58,507, Mr Samyal said, adding the money which was kept under lock in a trunk with full details would be handed over to its rightful owner on Wednesday.

The woman was living on alms and had saved the money in the plastic boxes, he said.

Her whereabouts are not known. Nobody knows from where she had come but she had been roaming in the vicinity of the veterinary hospital and bus stand for over 30 years, Mr Samyal said.

The officer lauded the Municipal Committee employees for their honesty.