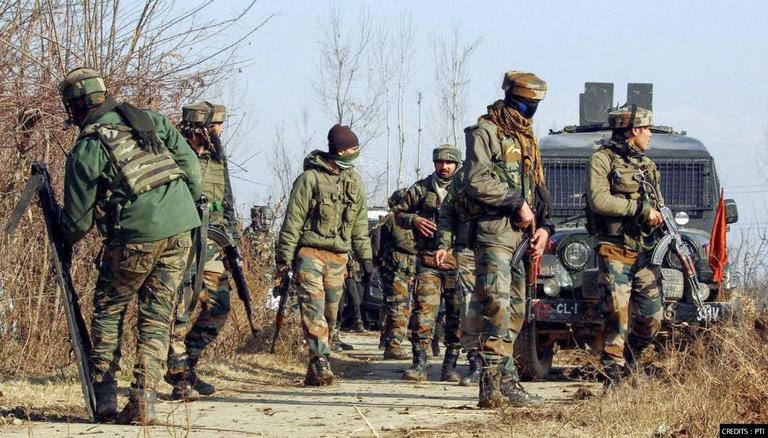 In the Anantnag area of Jammu and Kashmir, two civilians were killed in insurgent firing on Saturday, according to police. As per a police spokesman, the two were injured and sent to the hospital and eventually died as a result of their injuries. At Jablipora in the district’s Bijbehara area, terrorists opened fire on two civilians, police added.

According to the report, Samin Md Parrey, who was previously accused of the 2001 murder of Farooq Ah Parrey and has been released on parole since late 2019, was the mastermind behind the deaths. It is rumoured that Samin worked with terrorists to kill two innocent citizens, Shahnawaz Bhat (whose father was an eye witness to Farooq Ah Parrey’s murder) and Sazed Parrey.

On the 29th of May, at approximately 2:15 pm, both the individuals were in a grocery store near Jamia Masjid in Jablipura when the incident occurred in broad daylight. Sazed Ah Parray, who was standing near the grocery store, was approached by an unidentified terrorist who started firing. Following the shooting, an unknown terrorist approached the grocery store where Shahnawaz was sitting. He was forced to leave the shop and was shot at point-blank range outside.

#Terrorists today evening #fired upon 02 persons identified as Shahnawaz Bhat & Sanjeed Parray in Bijbehara #Anantnag. They were rushed to hospital where doctors declared Sanjeed brought dead. Another injured referred to SKIMS Srinagar. Area #cordoned off to nab the culprits.

On Sunday, Anantnag Police informed, “Terrorists involved in the double murder have been identified. Justice to bereaved families shall be delivered soon. Our heart goes out to the families of innocent victims.”

Following the incidents, Kashmir Zone Police appealed to misguided youth, who have joined #errorism, to come back. Police tweeted, “IGP Kashmir once again makes a fervent #appeal to all #misguided youth who have joined #terrorism, to #return their homes. We will accept you with open arms. Society needs you and most #importantly your #parents. So return and start your new life. @JmuKmrPolice”